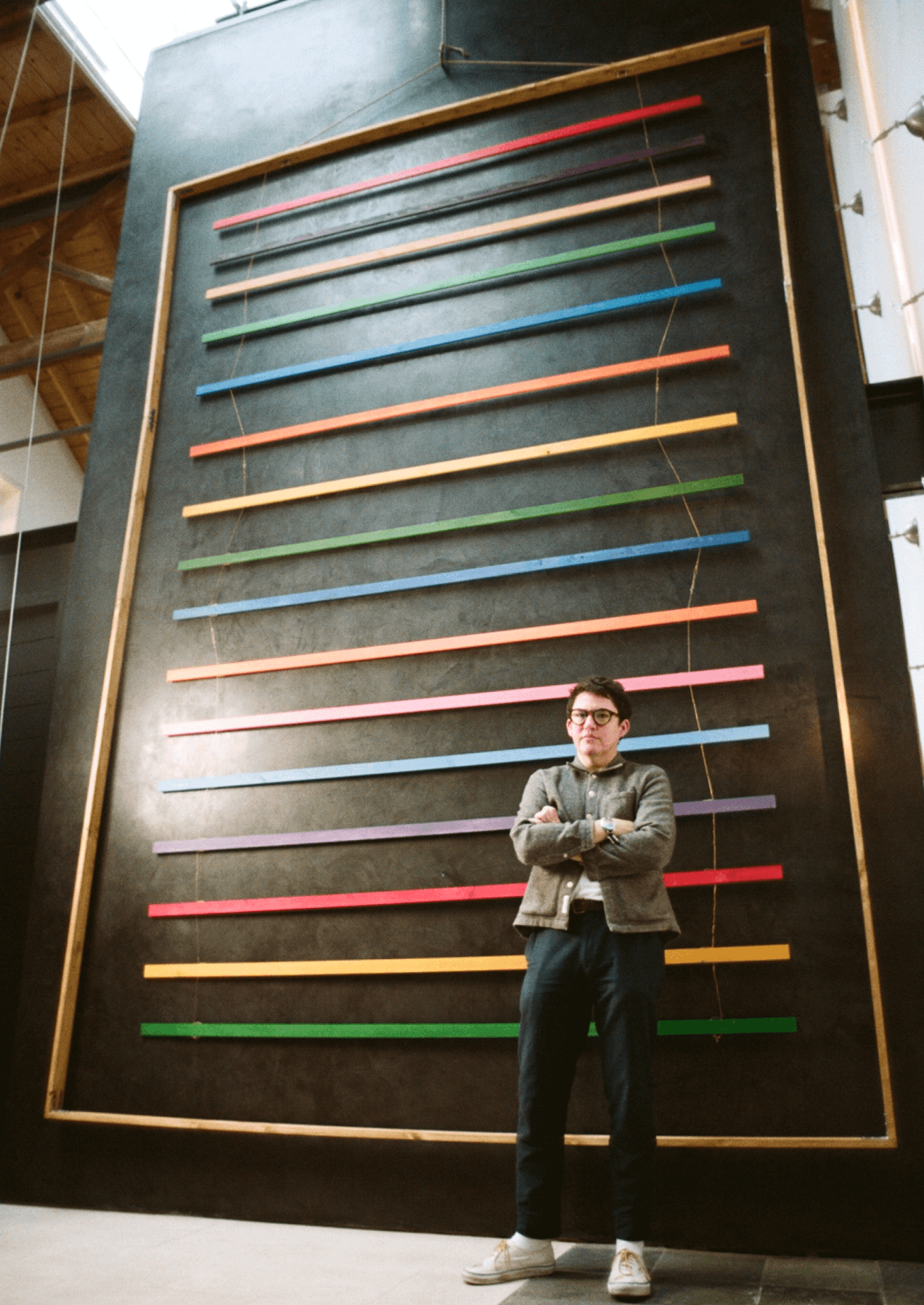 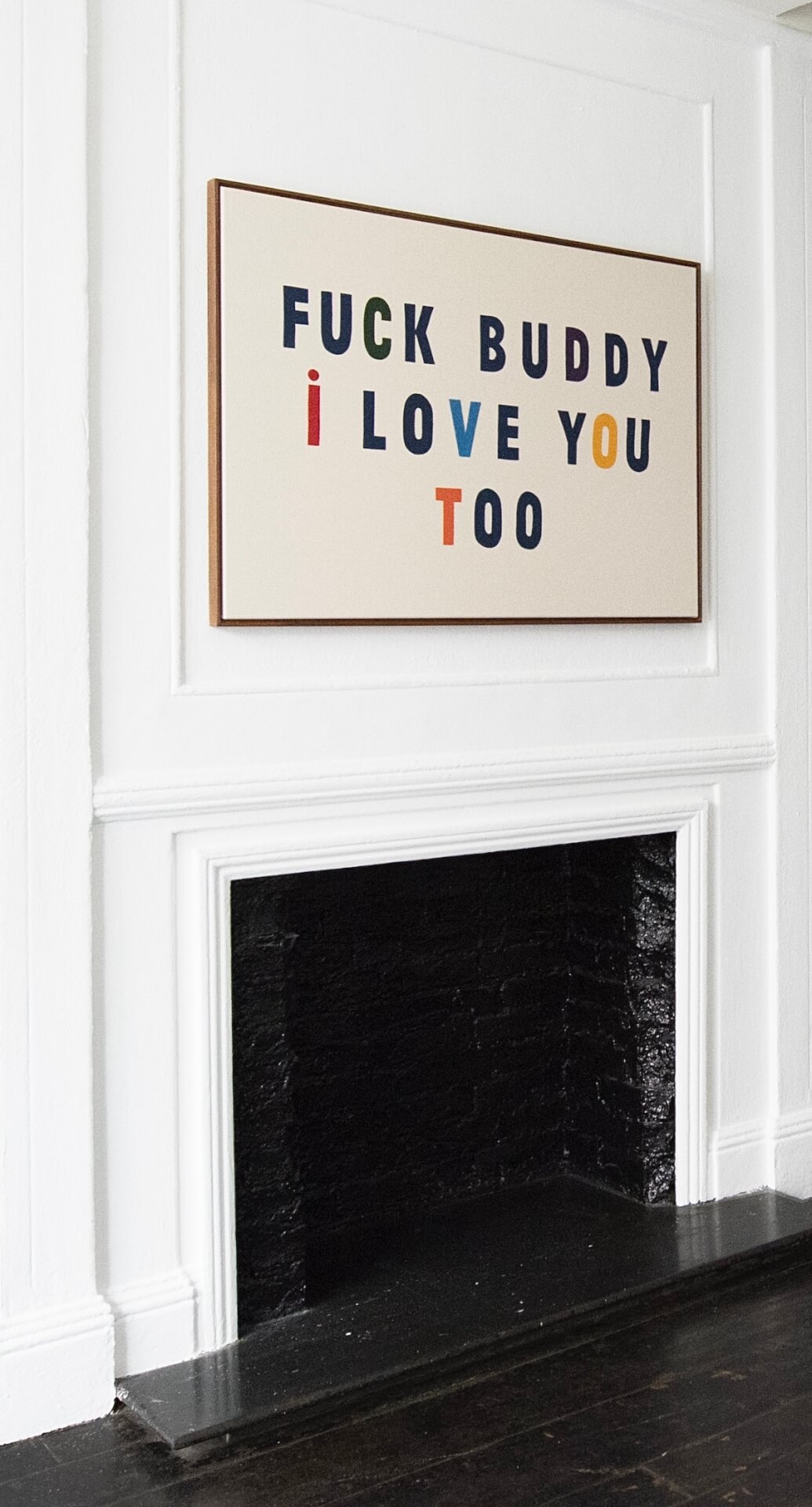 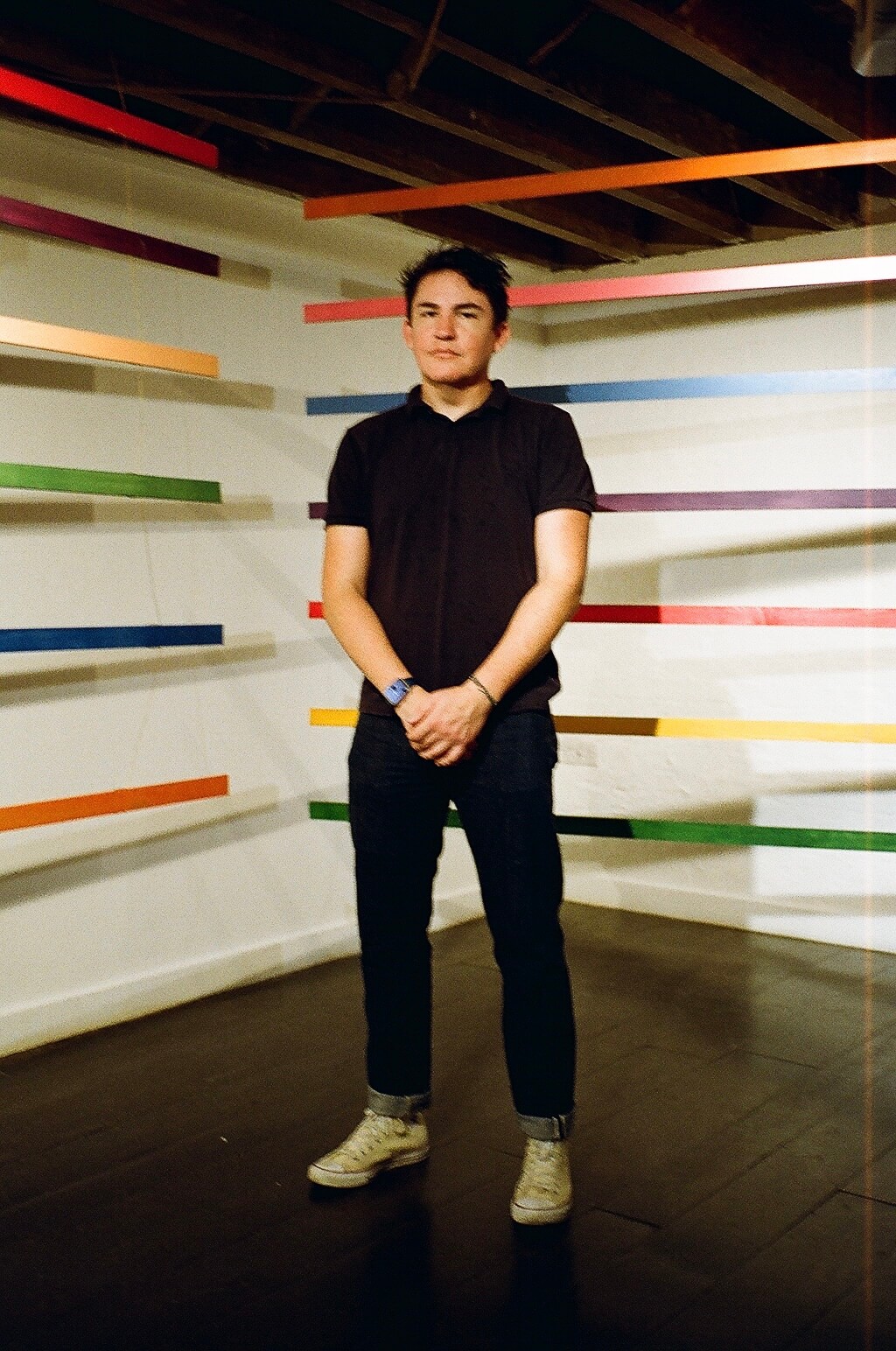 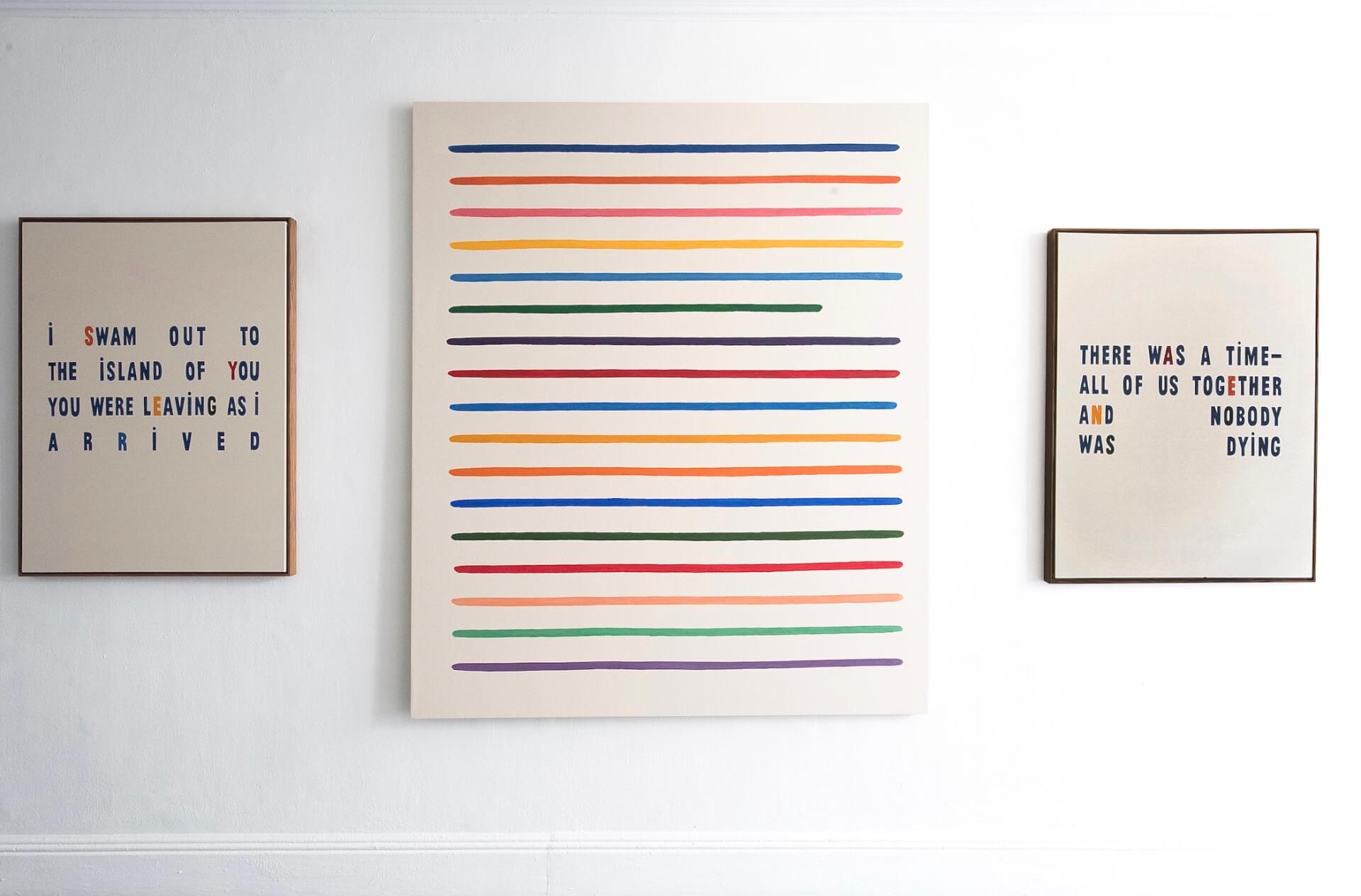 King unleashes his creative freedom by combining his poetic sense of rhythm and elision with self-imposed constraints. The artist limits his palette to predominantly elementary colours with the deliberate omission of pure black and pure white. This constellation of solid coloured, humble components suggests the reduction of art to its basic material elements. The simplicity of the form is played down by a deceptive form of mark making: scraping and scrubbing acrylic paint into raw canvas in repeating forms until they billow or leap from the natural ground. King stages oppositions between clear contours of forms and freshness of the unprimed canvas, that left in the raw material state becomes absolutely necessary in the same way silence is necessary to music, conversation, thought or reflection.Through this technical approach, the works are strikingly articulate in their rhythm, line, and allusions. Made in the belief that each colour’s sole responsibility is to heighten the visual impact of the others, the works are rooted in the same principles: the tension that builds up and releases. The tension comes from the placement or movement of forms in a composition. The structures of rhythm are assembled and then interrupted by a shape positioned nearby. Spatial tensions rise through shifts in chromatic temperature, the push and pull of colours that approach and recede depending on their relative tones.
Both economical and deeply sensual, King’s works contain a timeless language. Through the deceptively simple means of painting – colour, surface, and form – the artist physically challenges emotional and linguistic boundaries and definitions, that remain accessible on both personal and universal levels.