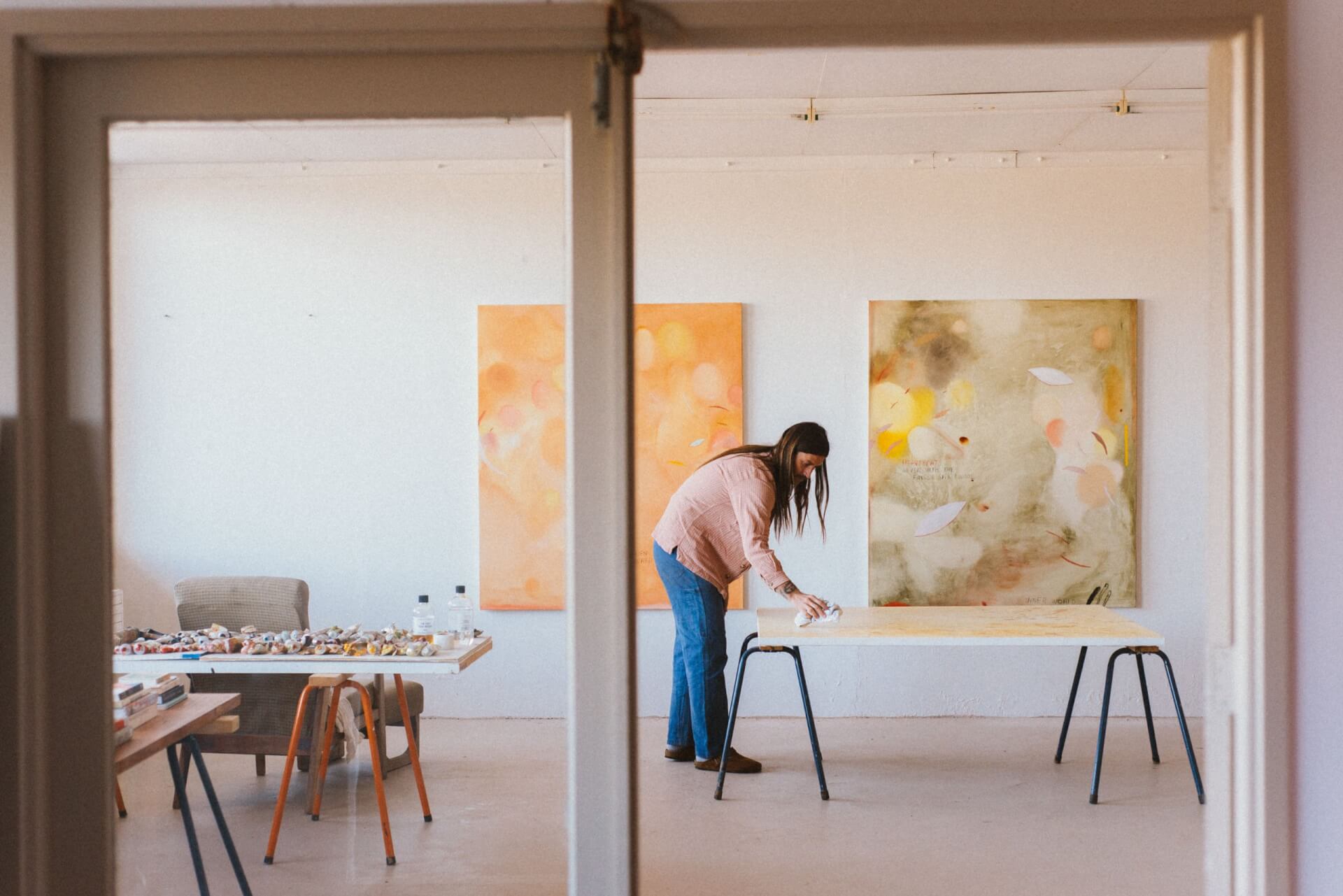 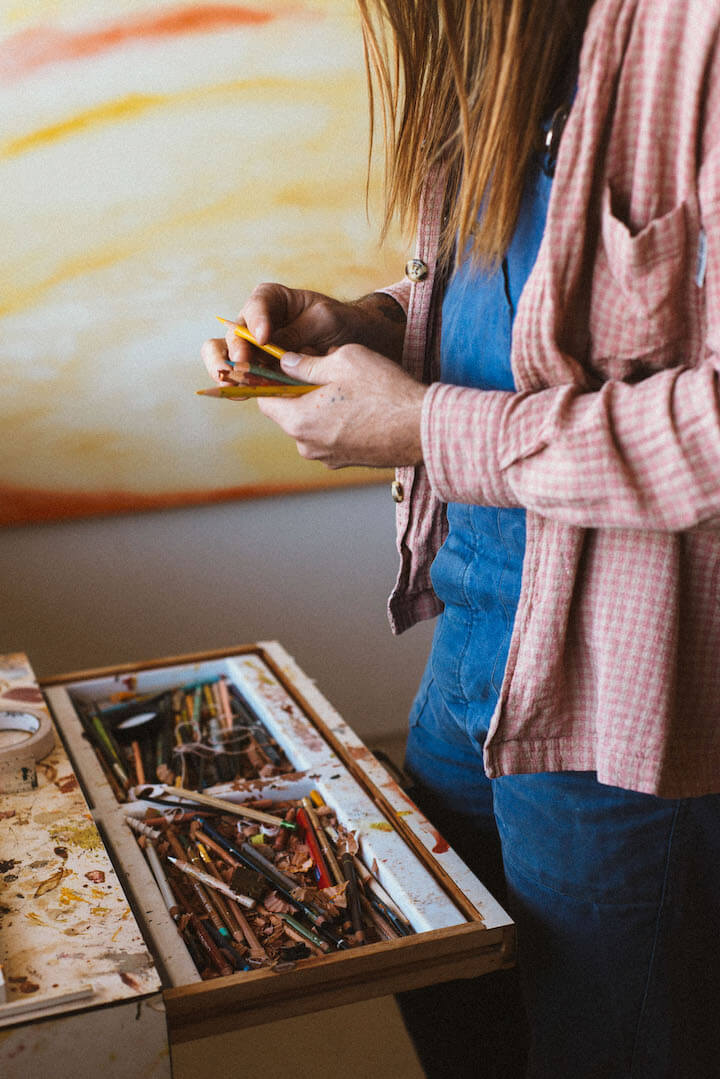 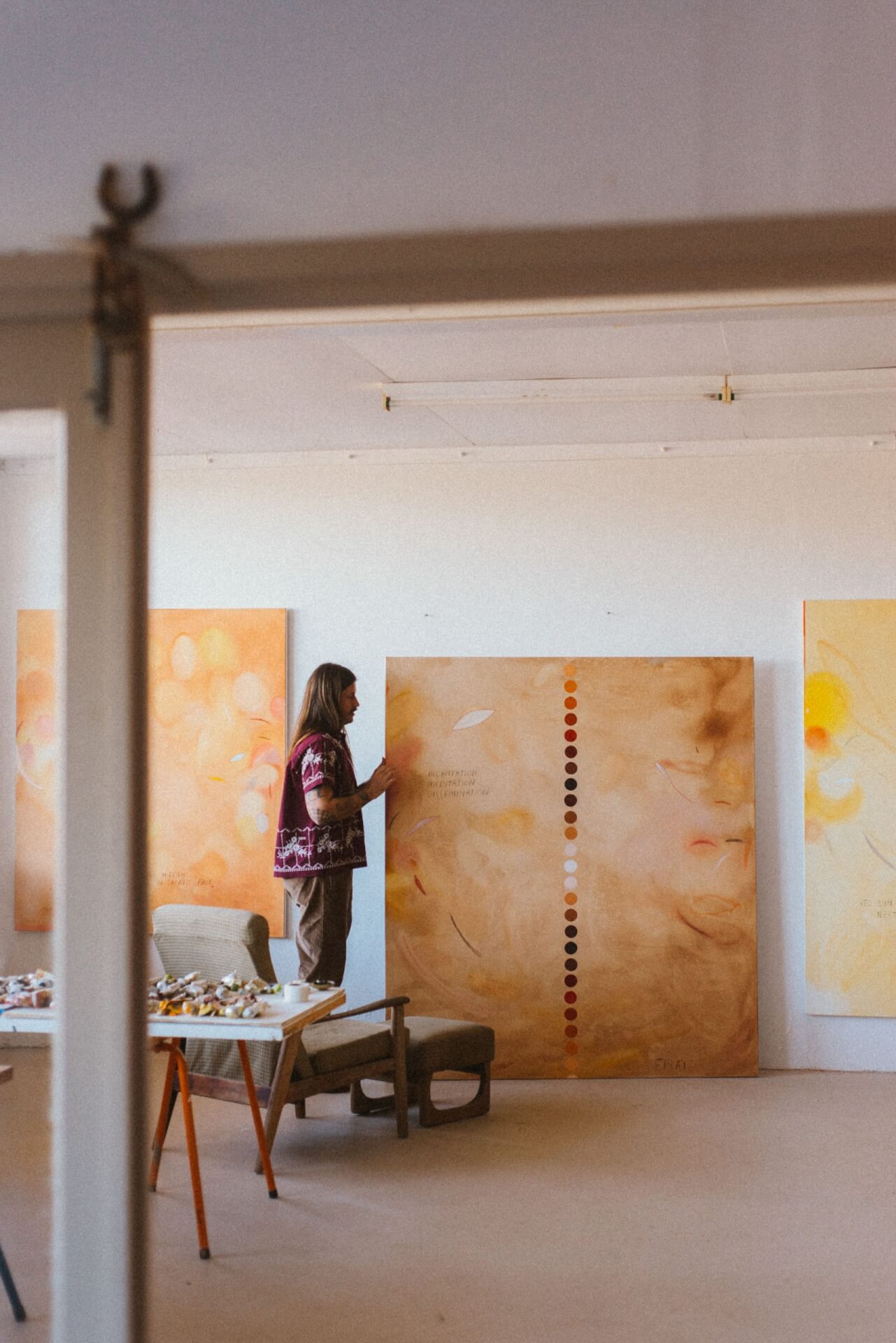 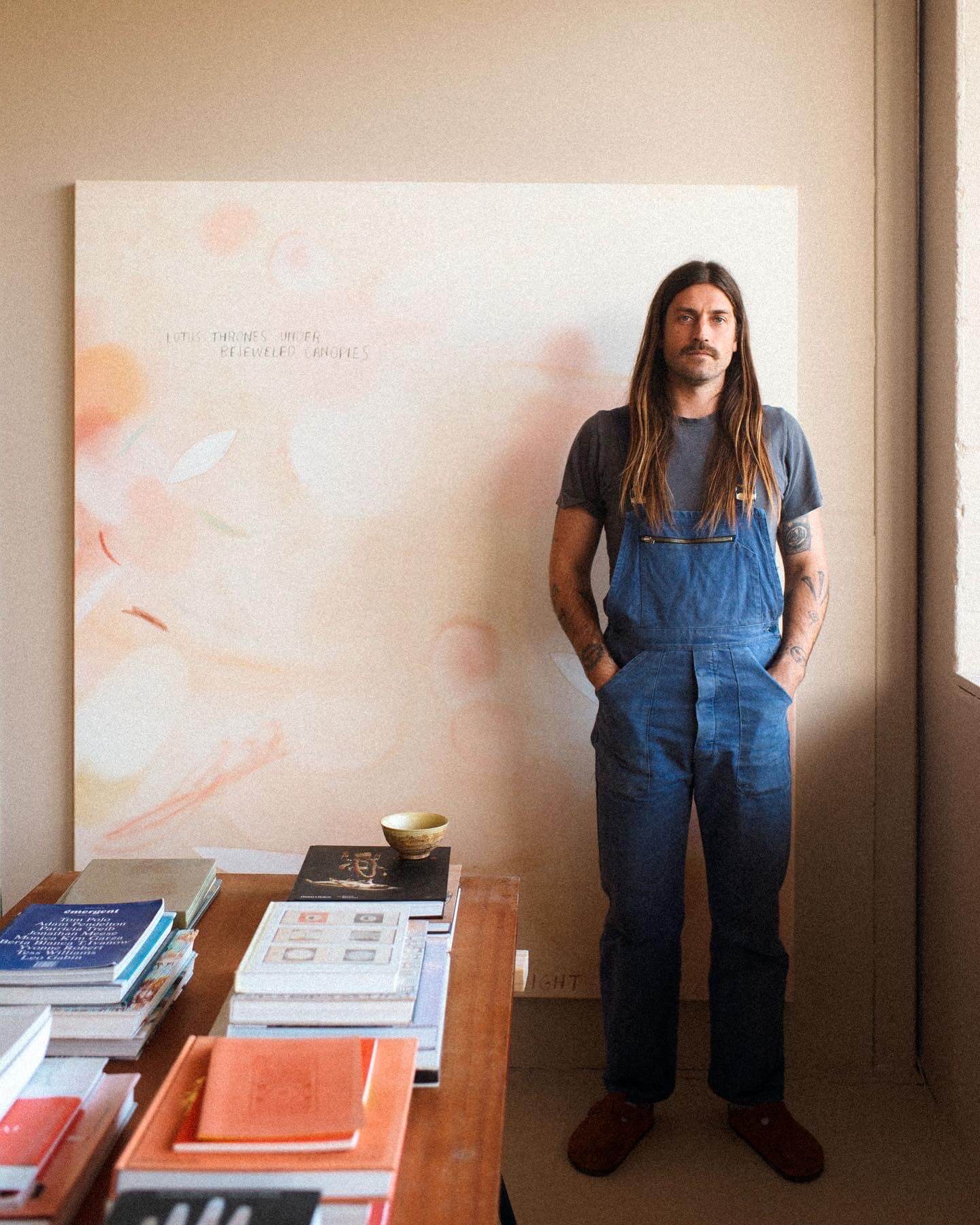 Heath Wae (b. 1989 ) is a Melbourne-born, Mullumbimby based artist whose practice traverses painting, sculpture and installation. Wae creates immersive, poignant works which explore psychological and physiological shifts in the human consciousness through ideas of interconnection, duality and timelessness.

Since 2008, the artist has travelled intrepidly throughout Asia and the Americas. These often spiritual pilgrimages have connected Wae to a number of cultures through which he has been able to explore a deeper understanding of visual language. This intrinsic connection with the story of the earth and its relationship to the human psyche is informed by work with shamanism, plant medicine, tarot, tea and bonsai. Out of this, a visual and philosophical language was born, unearthing deep-rooted expression of earth and spirit.

Wae’s work predominantly takes form through painting created from hand-foraged, processed and ground pigments. The undercurrent of information and its resonance to earth material is, in this sense, intrinsic to his practice. This allowing of the elemental expression of stone, crystal, ochre, rock and mineral guides the foundation of the process.

Deeply connected to the breath and the inner and outer consciousnesses, portal-like forms and circular formations annotate the works, guiding the viewer in and out of the works with meditative rhythm. These forms, hidden in the subconscious, evoke an oddly familiar understanding of humanity, as an archetypal tide ebbing and flowing over the banks of the mind.

The works intend to capture fragments of memory woven into the subconscious of the viewer. Summoned motifs and forms found in the inner reaches of the subconscious present in Wae’s paintings are often imbued with mythic prose. It’s a gentle reawakening, a subtle nod to the ever-present connection to earth and spirit, welcoming portals to self and soul.