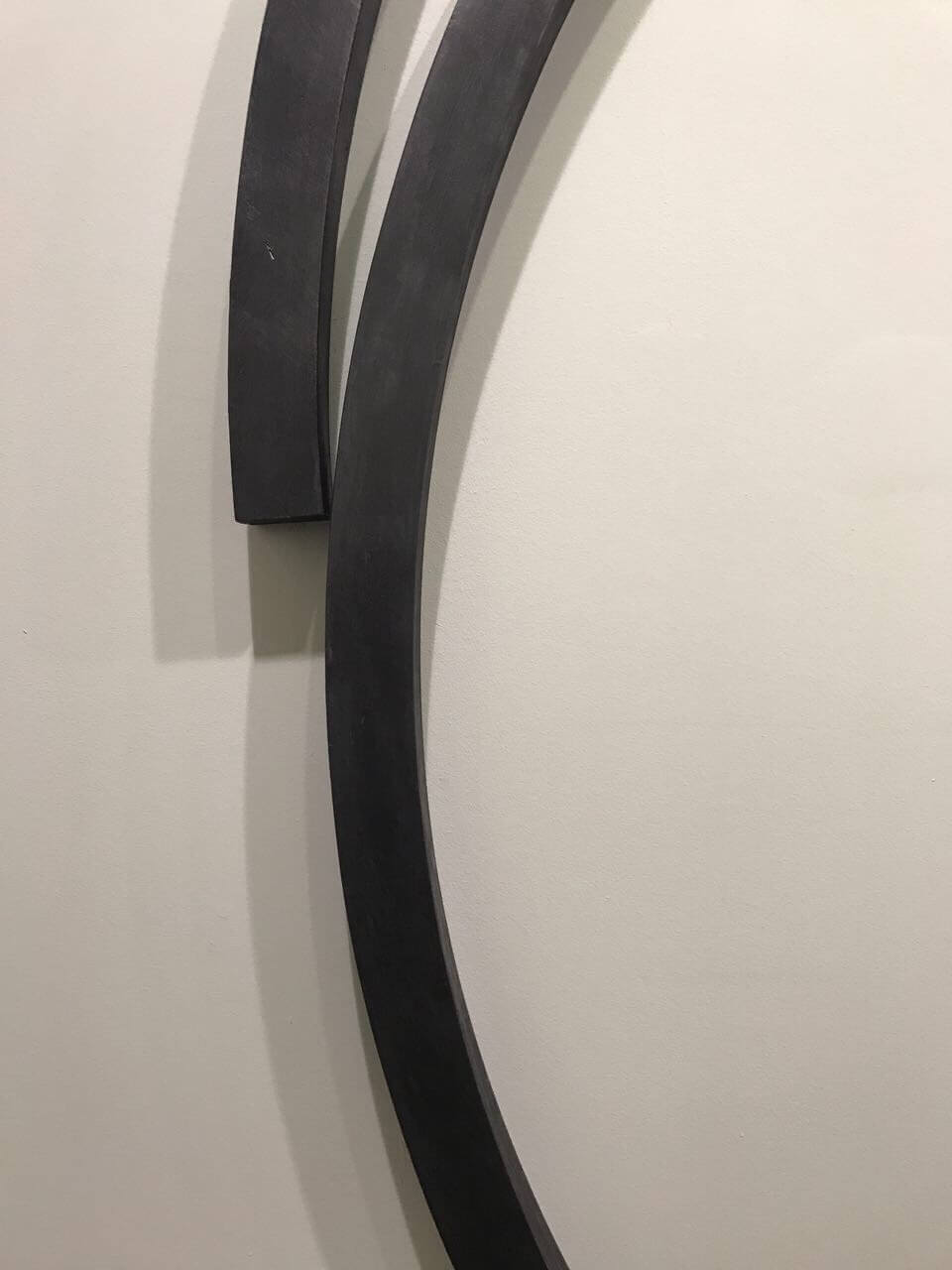 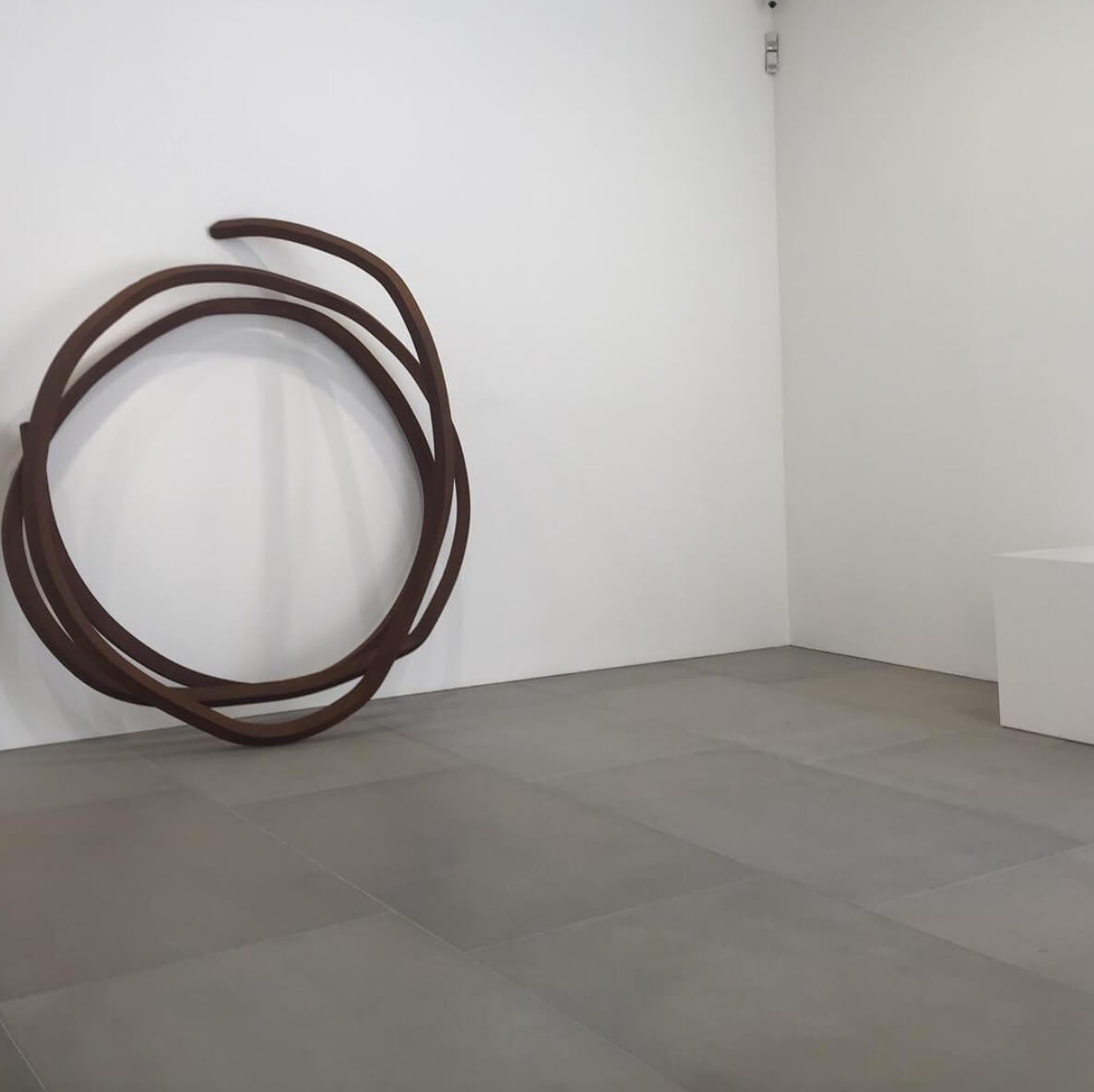 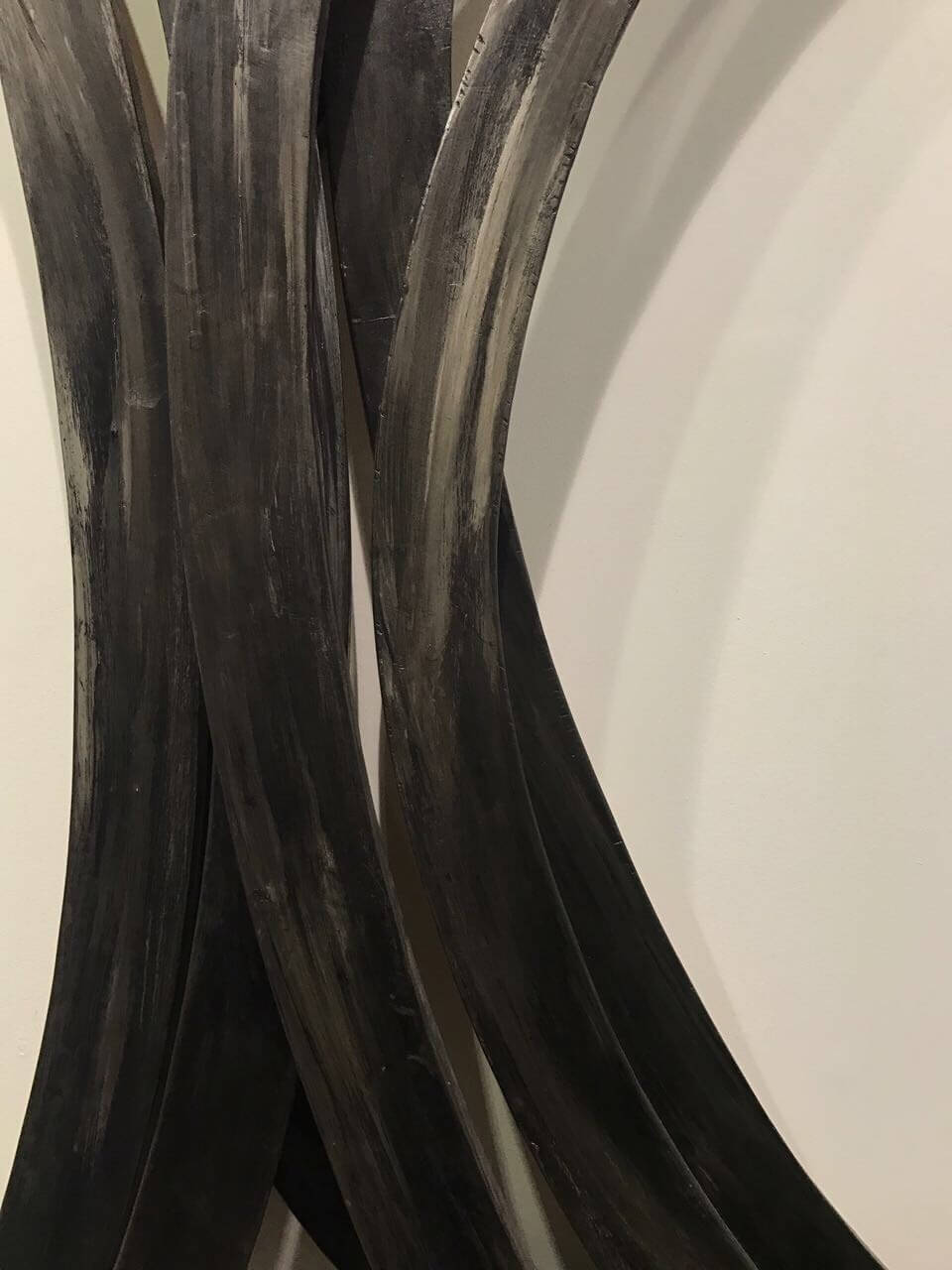 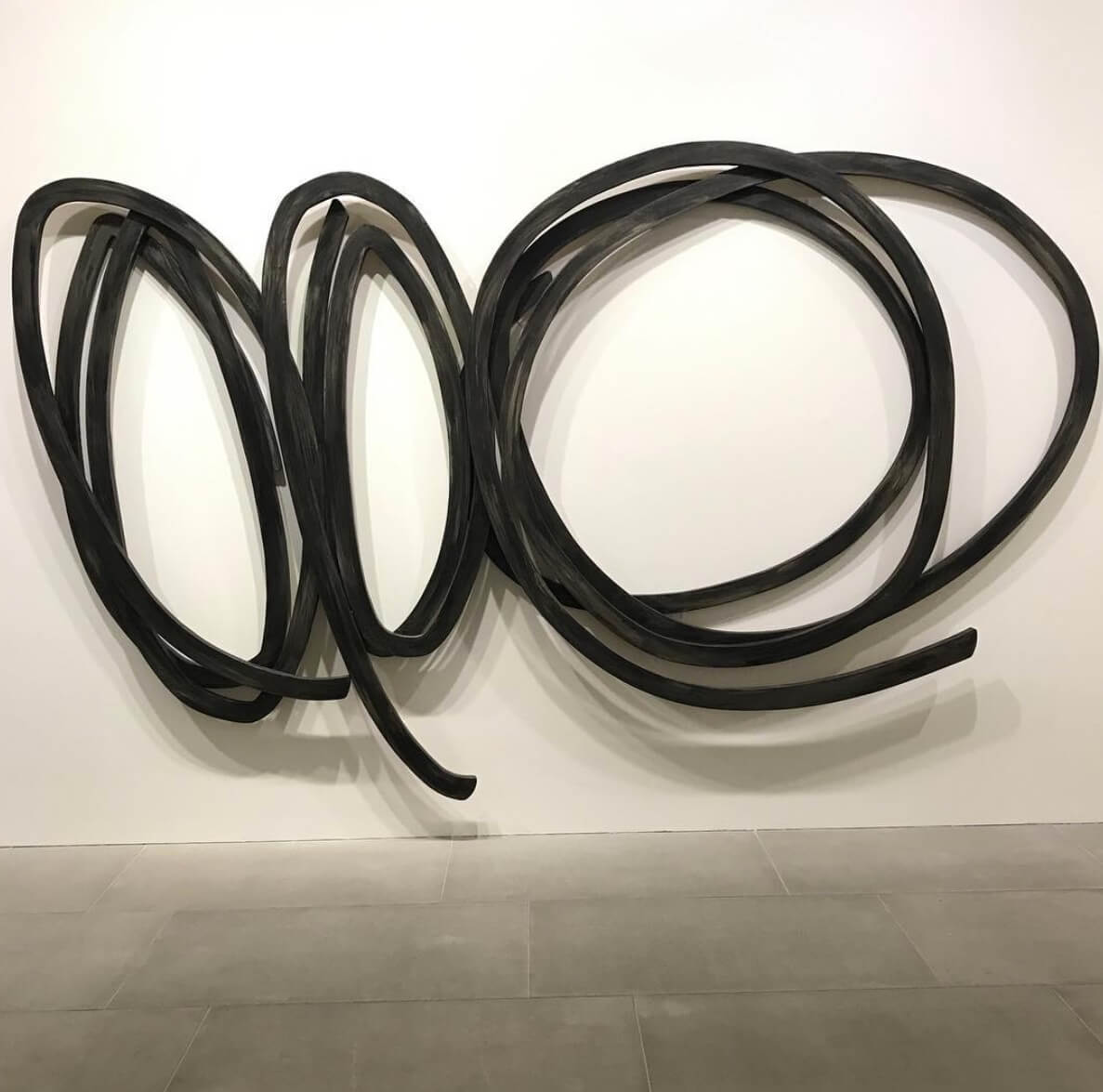 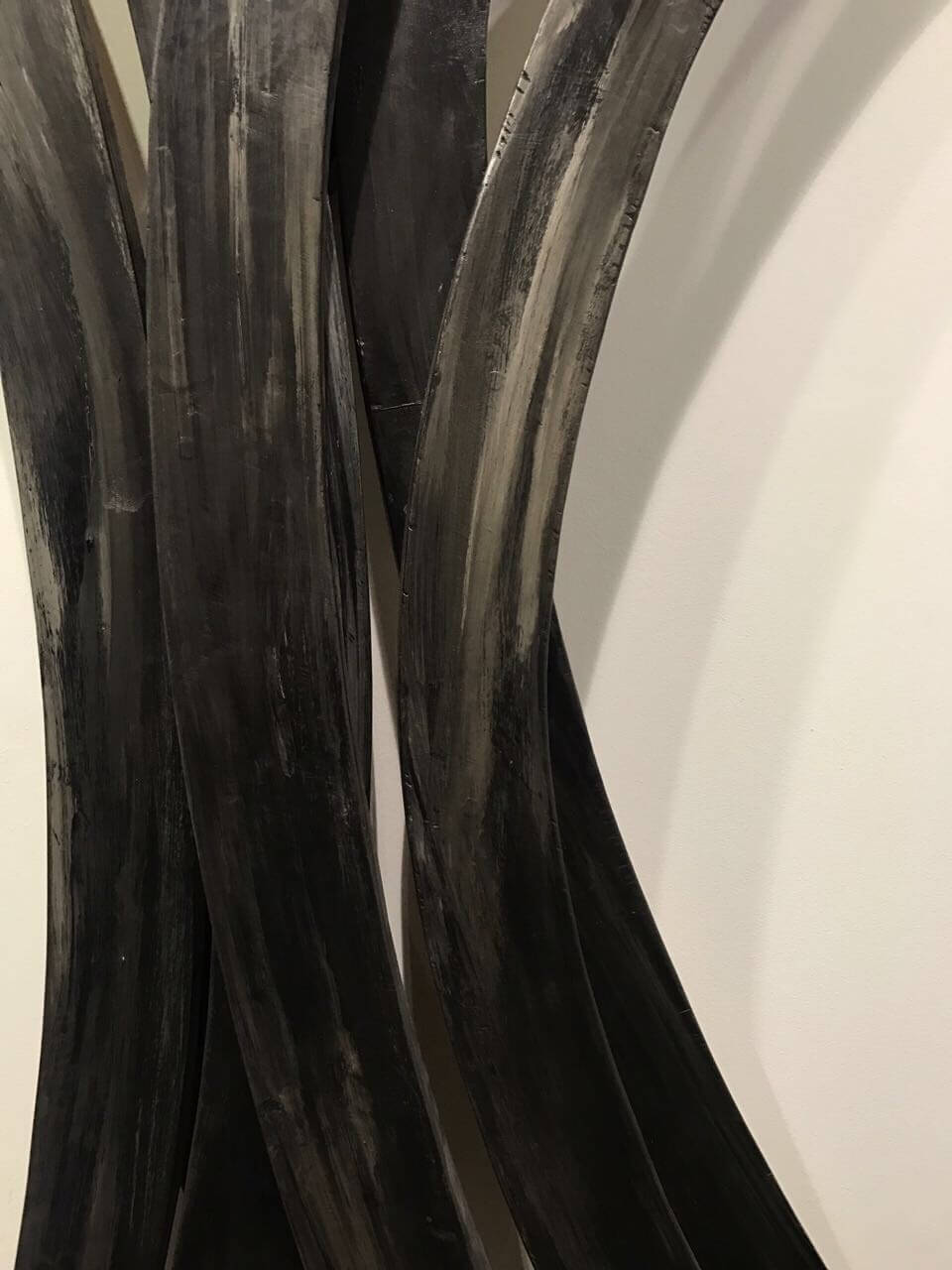 On rounding the corner of green Hanover Square and entering the Blain Southern, you are met by a giant pile of coal. Heaped in the middle of the room, the lumps spill out in an attempt to reach all four corners. The work, Tas de Charbon, has no fixed shape or dimensions. This constant change gives the work an aspect of animation unexpected in a material so dark and barren. Individual pieces loom large in the path of visitors trying to get deeper into the space. “Limiting the viewer’s interpretation” is a “permanent fixture of my oeuvre”, Venet claims in conversation with Craig Burnett.

The viewer is indeed limited. Without the freedom of the floor the viewer is forced to edge around the walls, desperate not to step on the Art: Sin of all sins! However, this physical limitation does not seem to limit the viewer’s interpretation. Being a conceptual, Venet manipulates the physical and material aspects of his pieces to direct the viewer’s mind to an immaterial mental concept. Venet shies away from convoluted layers of meaning and symbolism, instead he aims for monosemy in his work.

Tas de Charbon, 1963 (the giant pile of coal), is just one of the many thought provoking and sensually jarring works included in Blain Southern’s retrospective of the conceptual French Artist, Bernar Venet. ‘Looking Forward’ is an appropriate title for Venet’s first solo show in London since being at the ICA 1976. Venet does not limit himself to traditional art materials or subjects, covering canvas in tar and painting steel tubes yellow. His mixed media work explores the presence of space even in its absence. He arranges space to have a visual power, even when empty. His graphite on wood series is a clear example of the in-depth study of the relationship between positive and negative space. The white wall framed by the graphite coated wooden slates becomes the essence of the work.