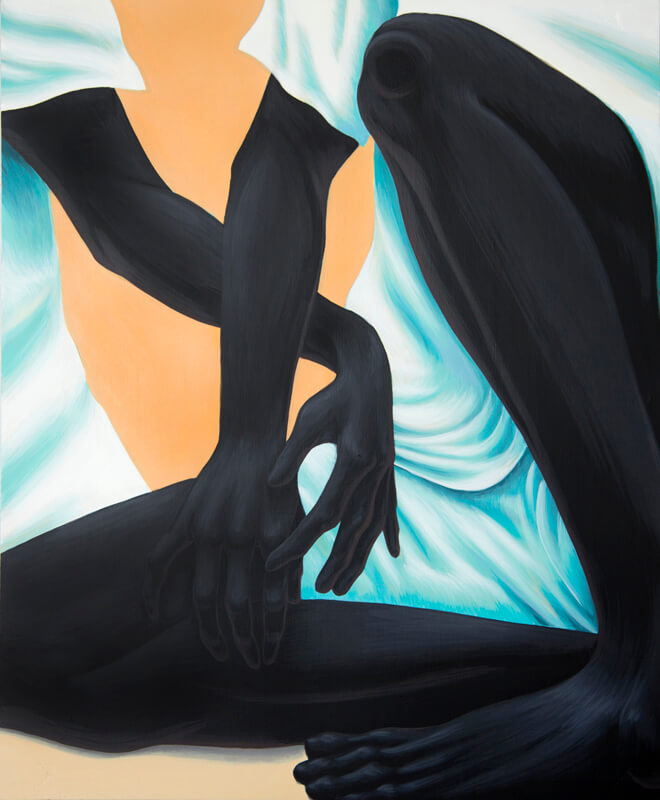 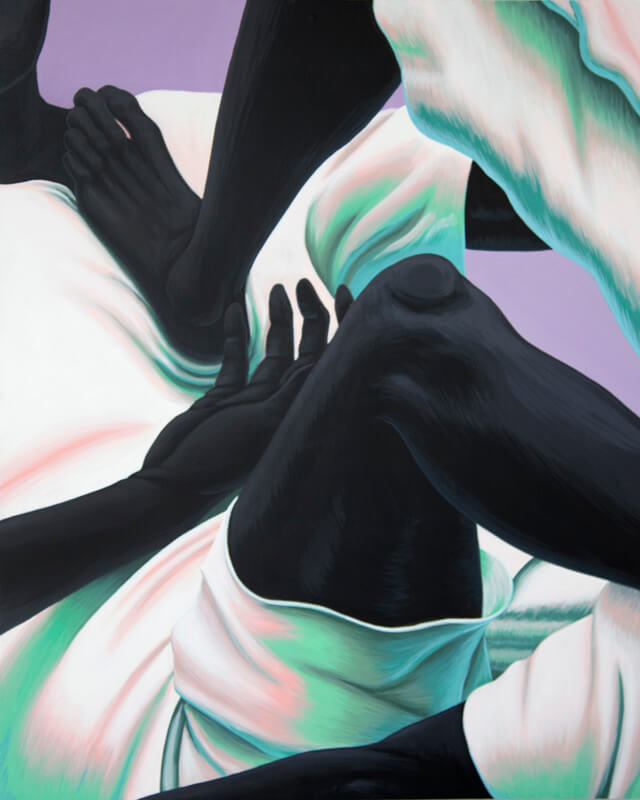 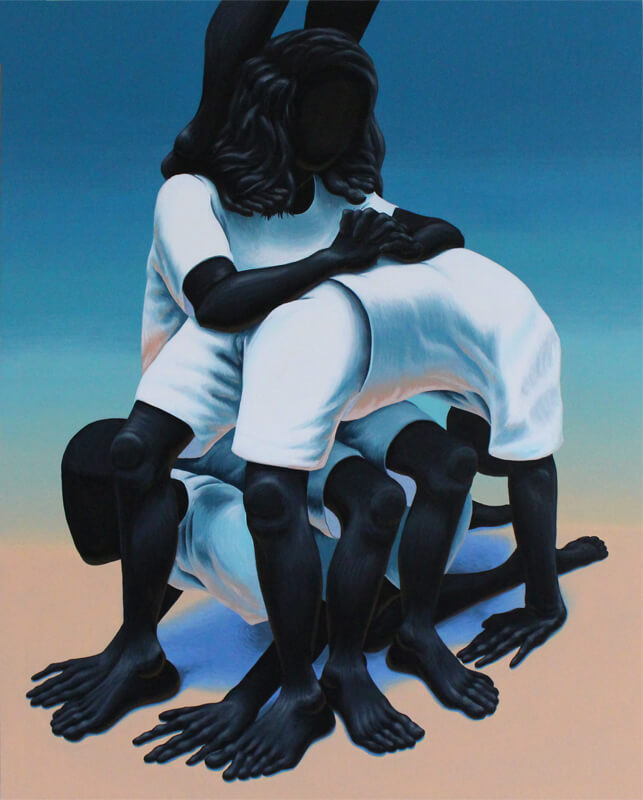 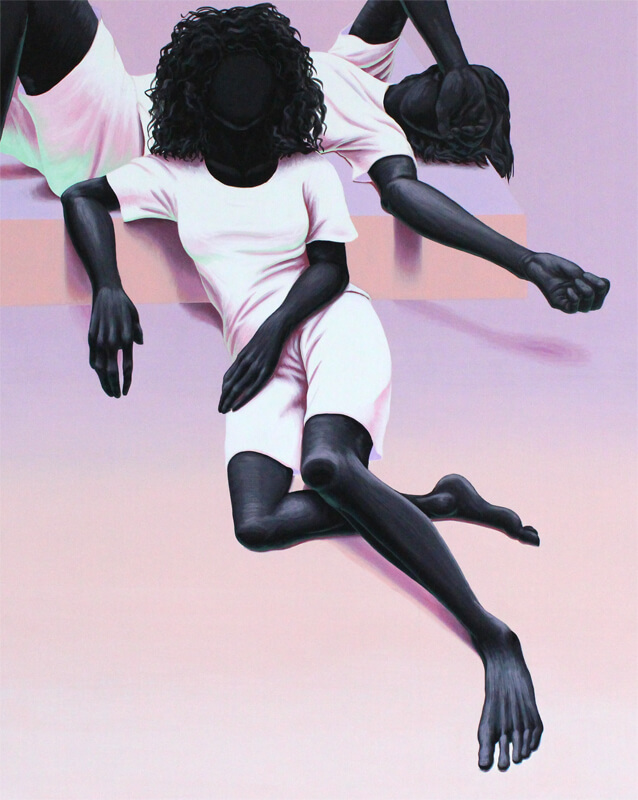 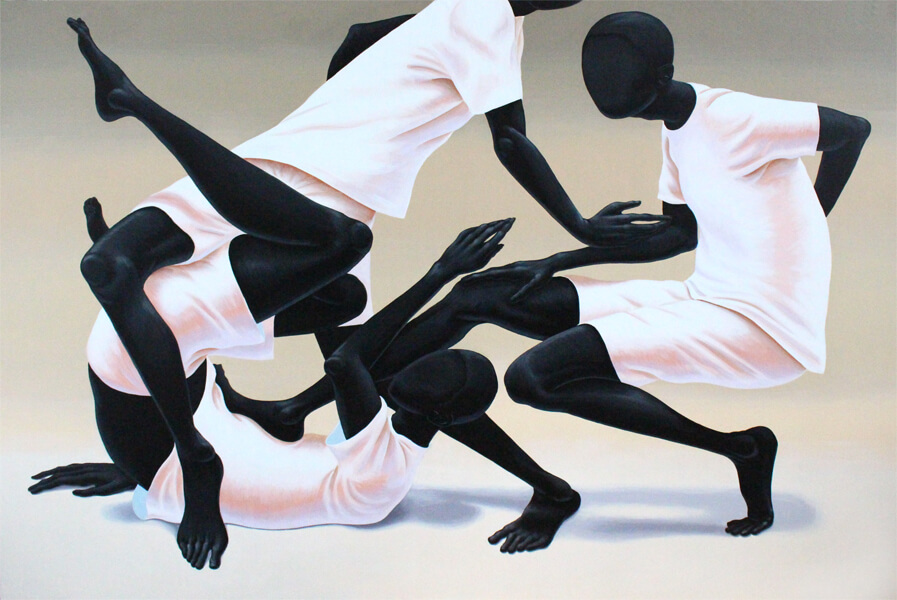 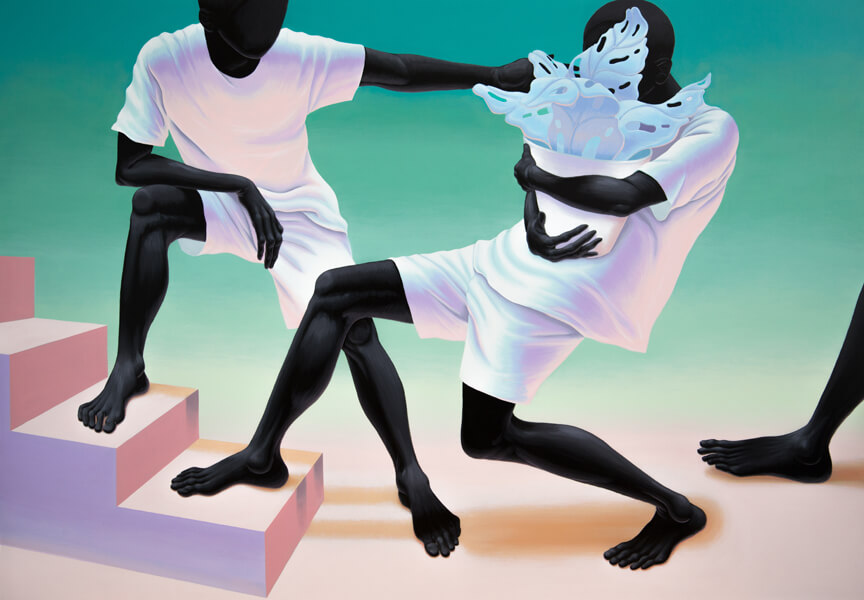 Alex creates sculptural yet expressive figurative work set in a minimal
geometric landscape. He draws on influence from Renaissance painters in
the way to pose and gesture the figures to purposefully guide the eye through
the composition. He relies solely on the figure and it’s interaction with
simple shapes, and sometimes plants, to create ambiguous narratives.
The aim of his work is to convey the mood and emotion of a specific life event
without explicitly describing the event itself. The anonymous figures allow
viewers to project themselves into the narrative while also
depicting issues of identity.
Gardner explores human nature and reoccurring themes such as desire,
ethics and anxiety, which are often juxtaposed with the notion of leisure.

Gardner’s African and Japanese heritage has an influence in his work.
Having travelled extensively to both regions, he uses these personal
experiences as inspiration and aims to create relatable visual narratives
through stark figurative compositions.

Gardner obtained a BFA in Fine Art from CSULB University in Long Beach,
California. He currently lives and works in Los Angeles.

To accompany the exhibition a critical essay has been written by
independent curator, Osei Bonsu. His writing has been included in a
number of museum and exhibition catalogues, including the 56th Venice
Biennial Exhibition and Milan EXPO “Arts and Food” at La Triennale di Milano.
He is the Founding Director of CRANE, and has developed a number of
projects focused on international art, including “Pangea II: New Art
from Africa and Latin America” (Saatchi Gallery, 2015). He advises private
and not-for-profit arts organizations and contributes to publications
such as New African, NKA: Journal of Contemporary African Art,
Mousse Magazine, and Art Review among others.