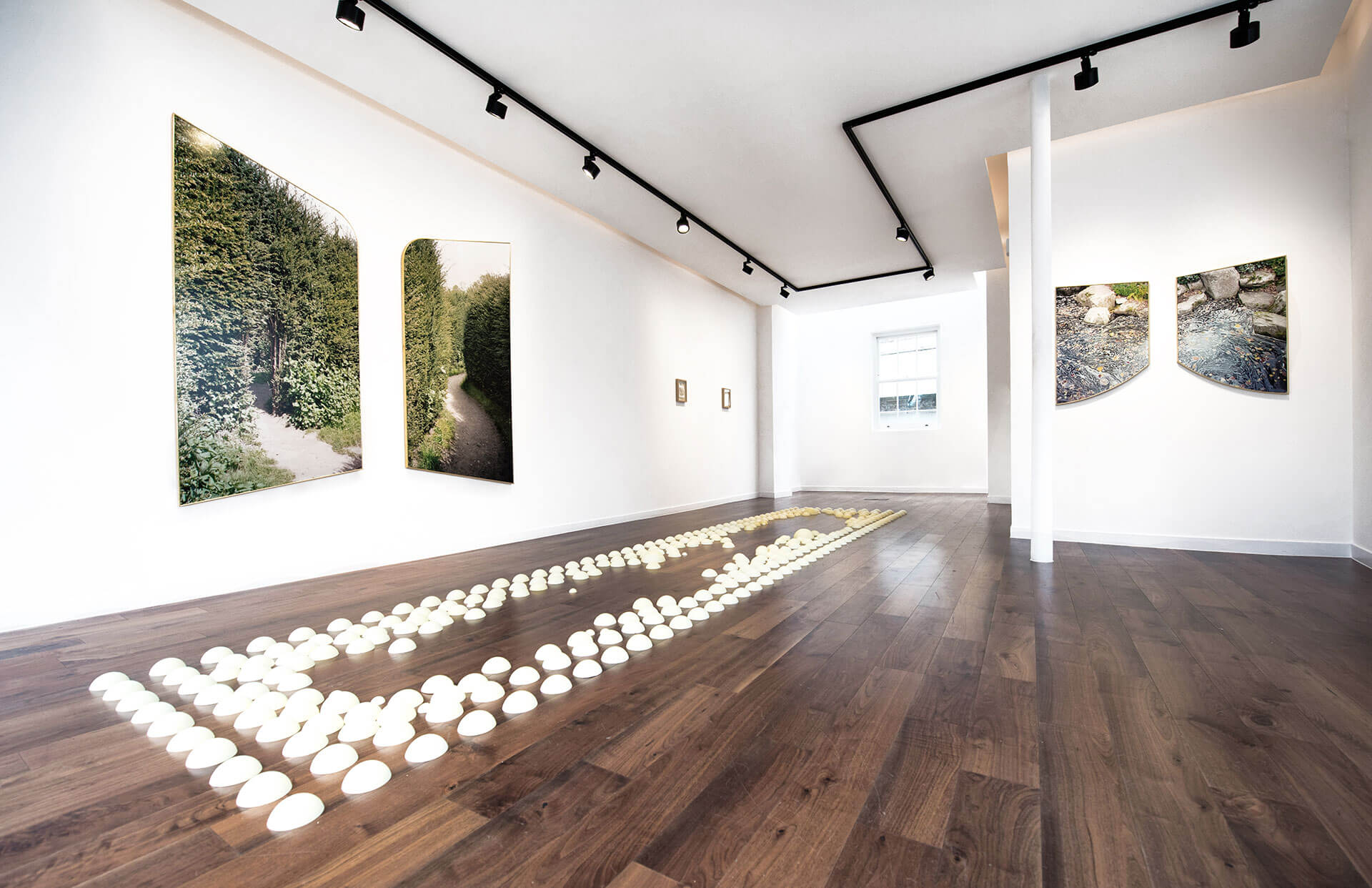 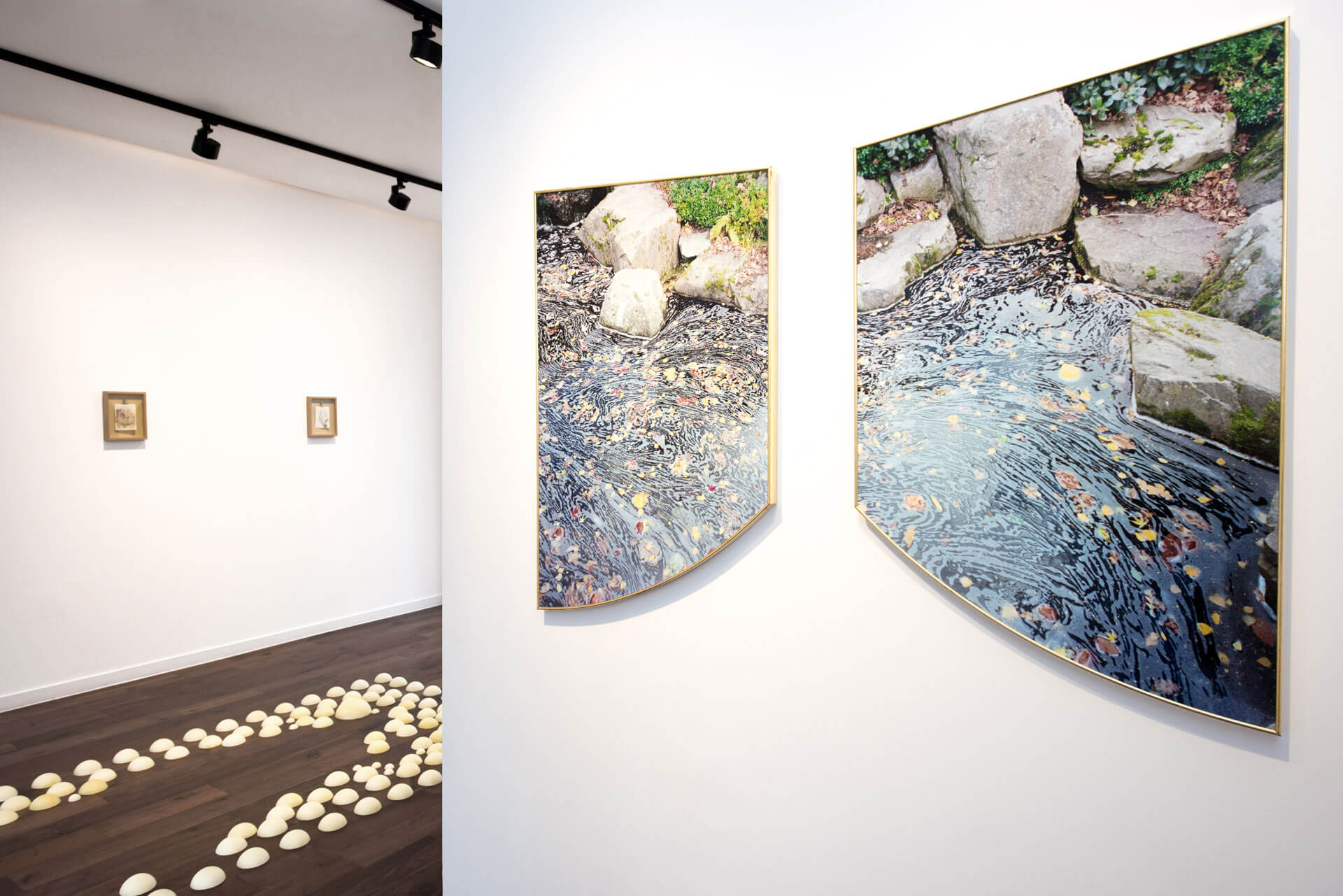 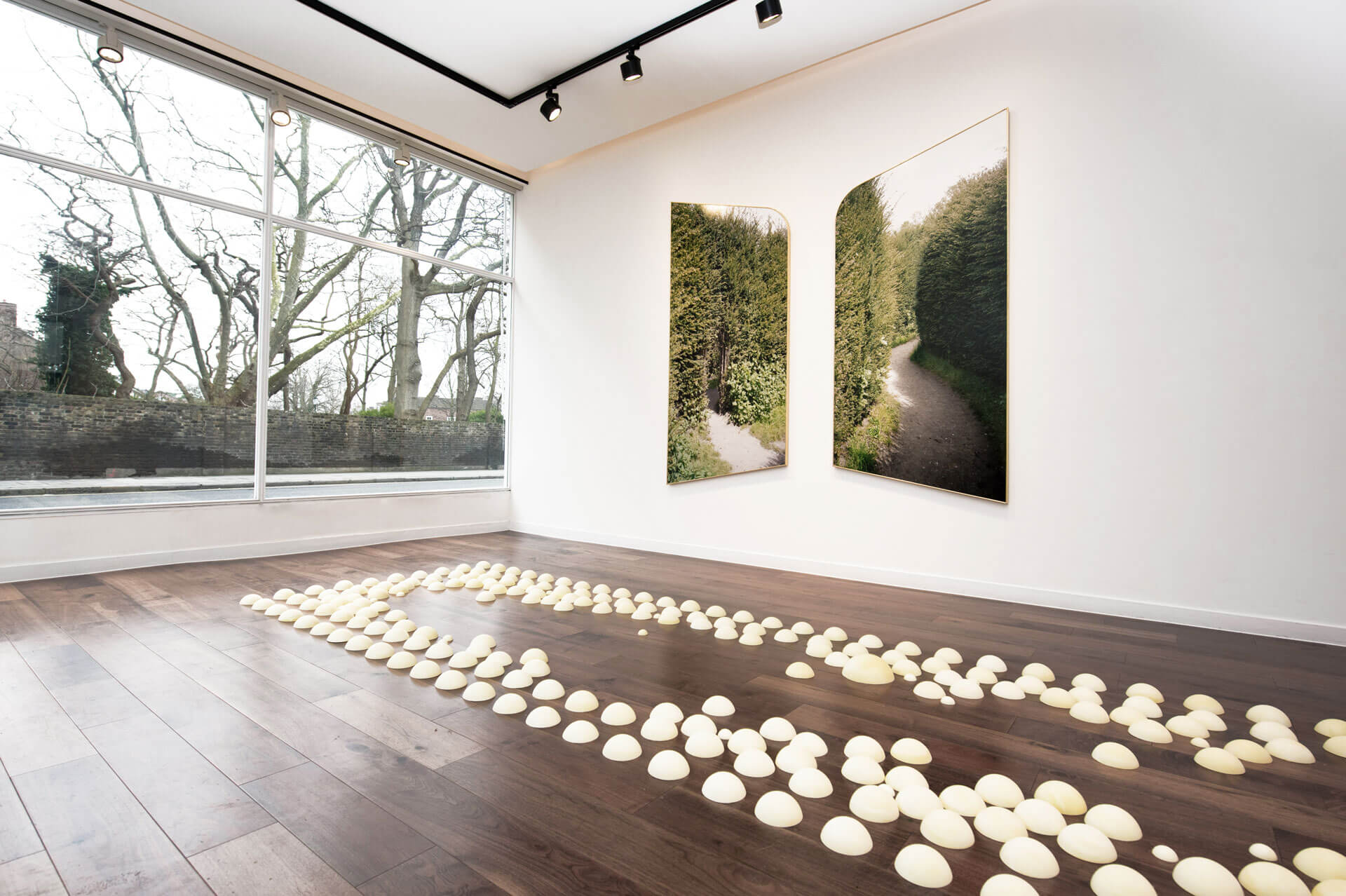 Decorations Near the House

The Dot Project is pleased to present Antoine Espinasseau’s solo
show ‘Decorations near the House’, the debut presentation of his body
of works in London.

For the French artist and qualified architect, nature takes
a visionary role. His conceptual works, focus not only on the visual
representation of the garden, but also on how ideas about nature –
social and spiritual – can be communicated with clarity,
and how gardens themselves might act as a material or medium.

The exhibition’s title takes inspiration from celebrated
late 18th century ‘Essays on the Picturesque’ (1794-1801),
by British landscape designer Sir Uvedale Price. Revisiting
past studies around the outdoors, Espinasseau reviews man’s
distinction between the expectations, the reality and
the pictorial representation.

Pivoted on themes of “what may properly be called the Garden […]’’,
the show combines large-scale photographs and a sculptural installation,
along with a series of watercolours featuring downstairs.
Viewed as a whole, the exhibition reveals the ways in which
we project ourselves into the landscape, the aim is for viewers
to see the garden as a place for aesthetics, exploration and
a deeper intellectual and artistic engagement.

The viewer’s spatial perception plays the leading role in
the three photographic diptychs, Miroirs (Mirrors),
presenting pictures of natural exteriors of three European
capitals (Rome, London, Paris), however not the typical appearance
one would expect from these places. Contained within
non-traditional frames, which Espinasseau considers
a medium in itself, he alters the relationship between
the viewer and the work, examining the boundaries
between indoors and out.

The photographs surround Jardin (2016), a large sculptural
installation in the centre of the gallery, assembled
of coloured plaster, is Espinasseau’s three-dimensional
response to the landscape and stimulus around it.
The artist is playing on certain sculptural qualities
found in nature in order to articulate a series of
metaphorical transferences revolving around the garden
and his experience of its physical space. The scale and
composition of the piece not only allows visitors to
experience Jardin as an aesthetic object, but also provokes
and engages the viewer in a process of spacial experience.

Besides the photos and freestanding structural form,
the show features 30 watercolours, the product of the artist’s
first foray into the medium. Espinasseau’s delicate
watercolor paintings, Voeux (Wishes), are details
of the artist’s idea of natural ‘decorations’.

Within his previous shows at Almanac 14 at Le Consortium (Dijon)
and L’Archipel at CRAC (Languedoc-Roussillon, (Sète), Espinasseau
brought sensations and ideas associated with the garden into the
architecture of the museum, an approach he is similarly
bringing to The Dot Project.