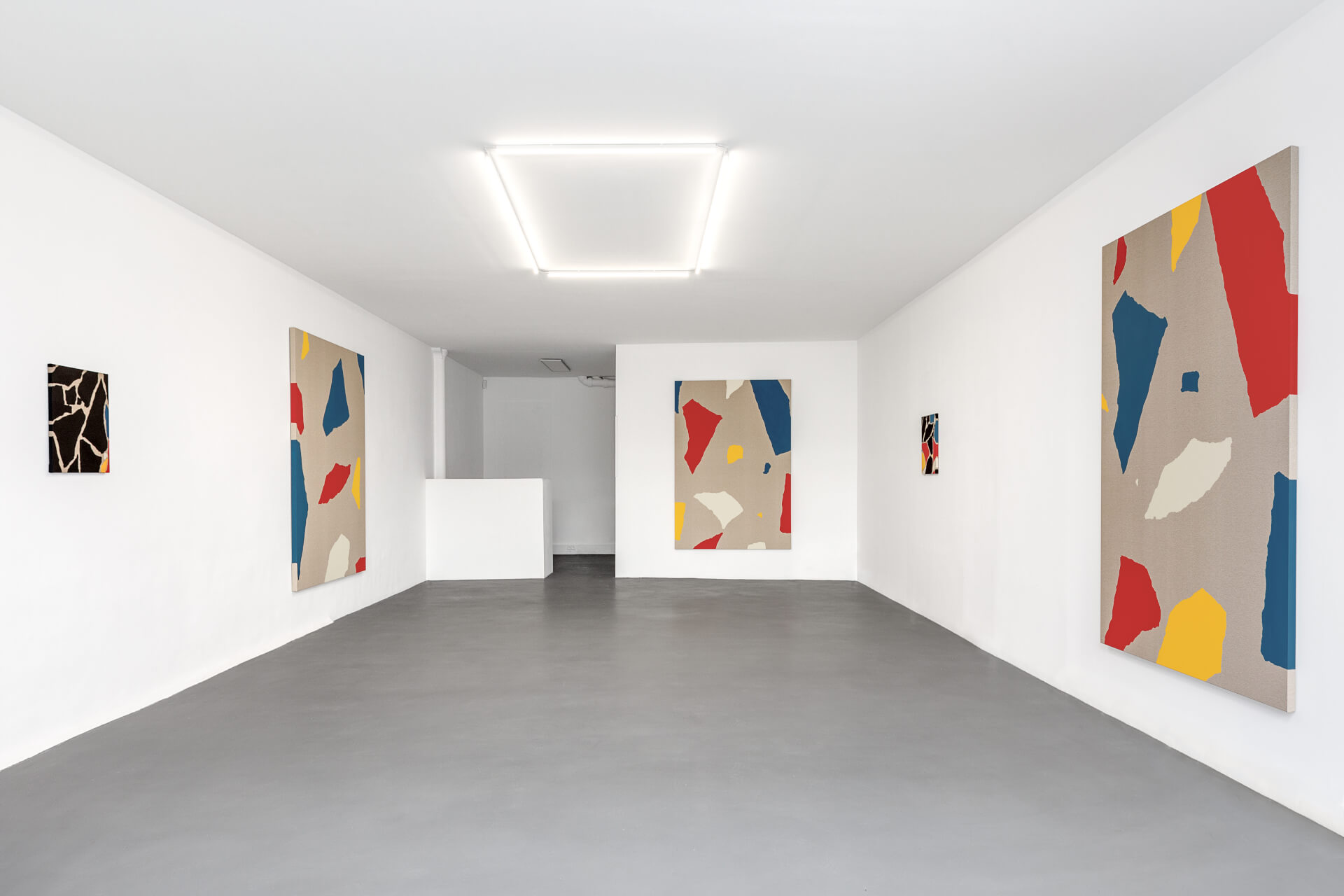 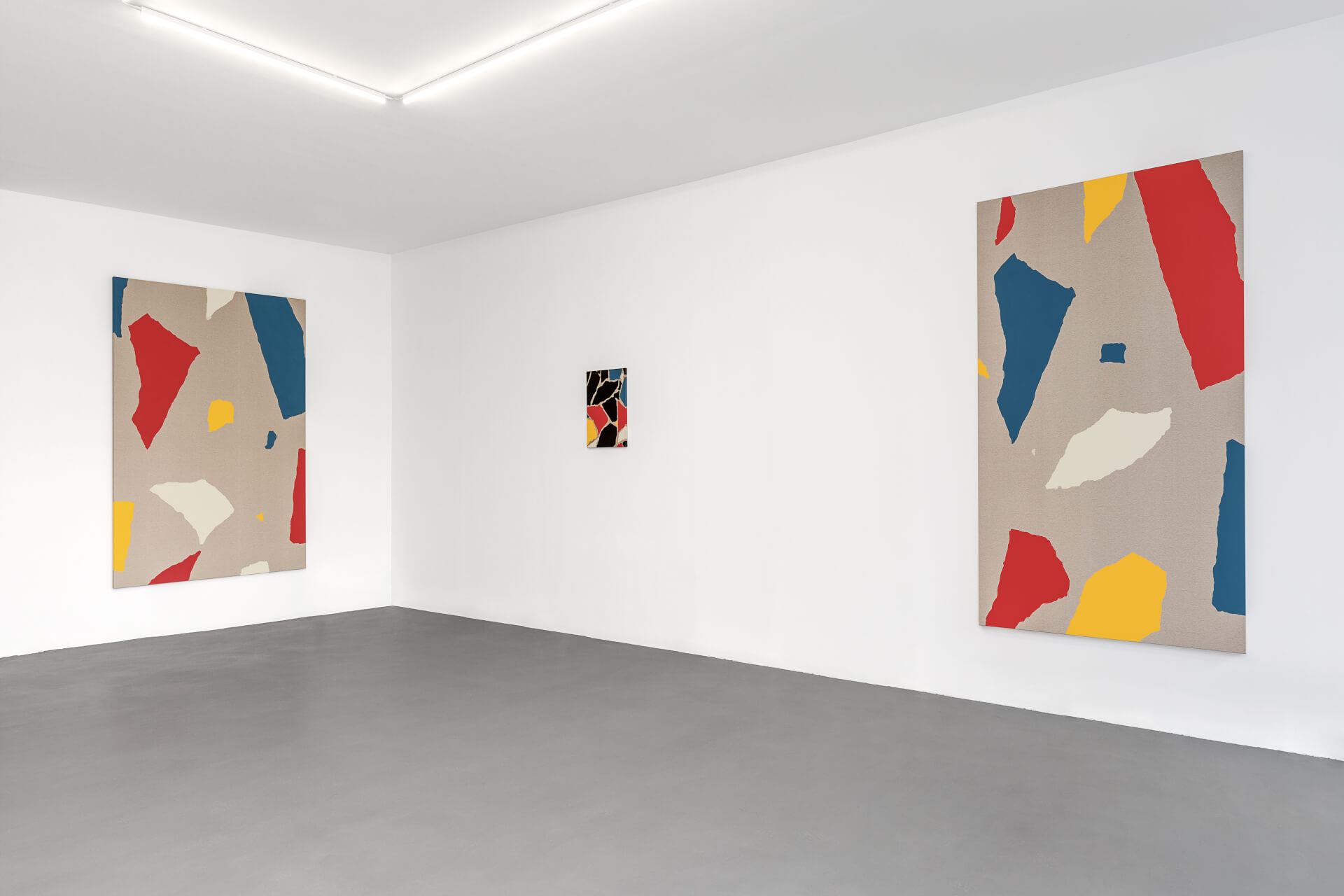 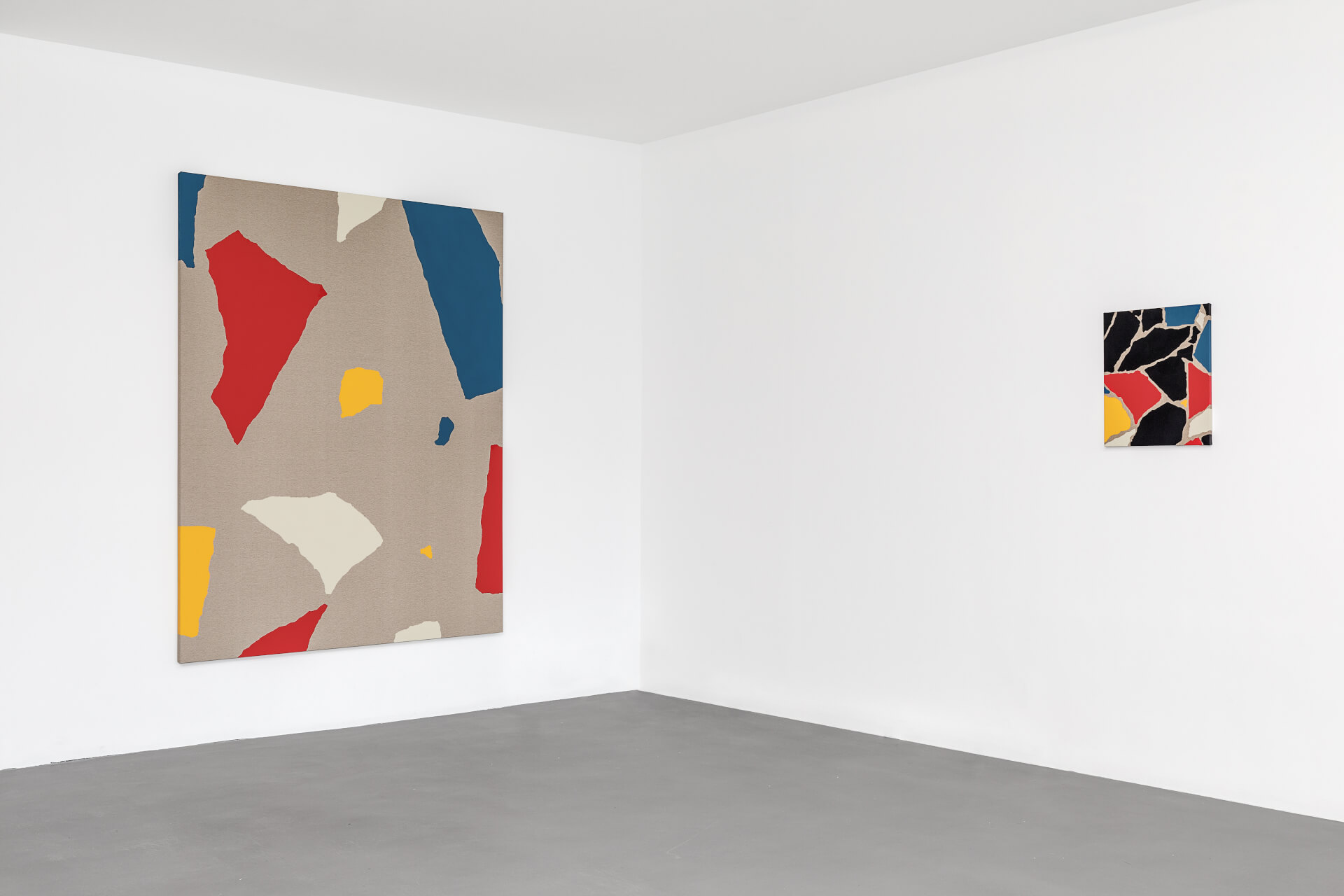 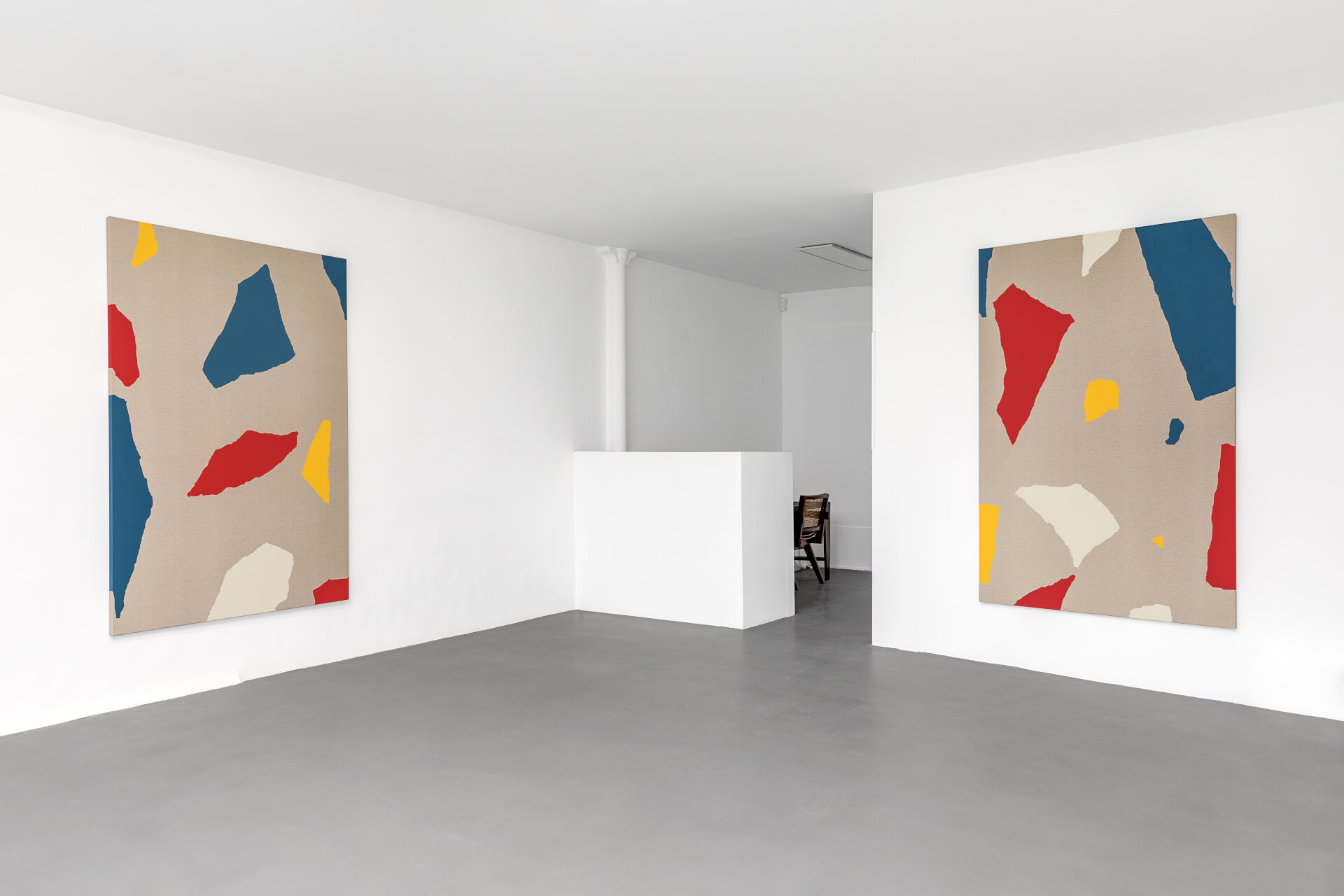 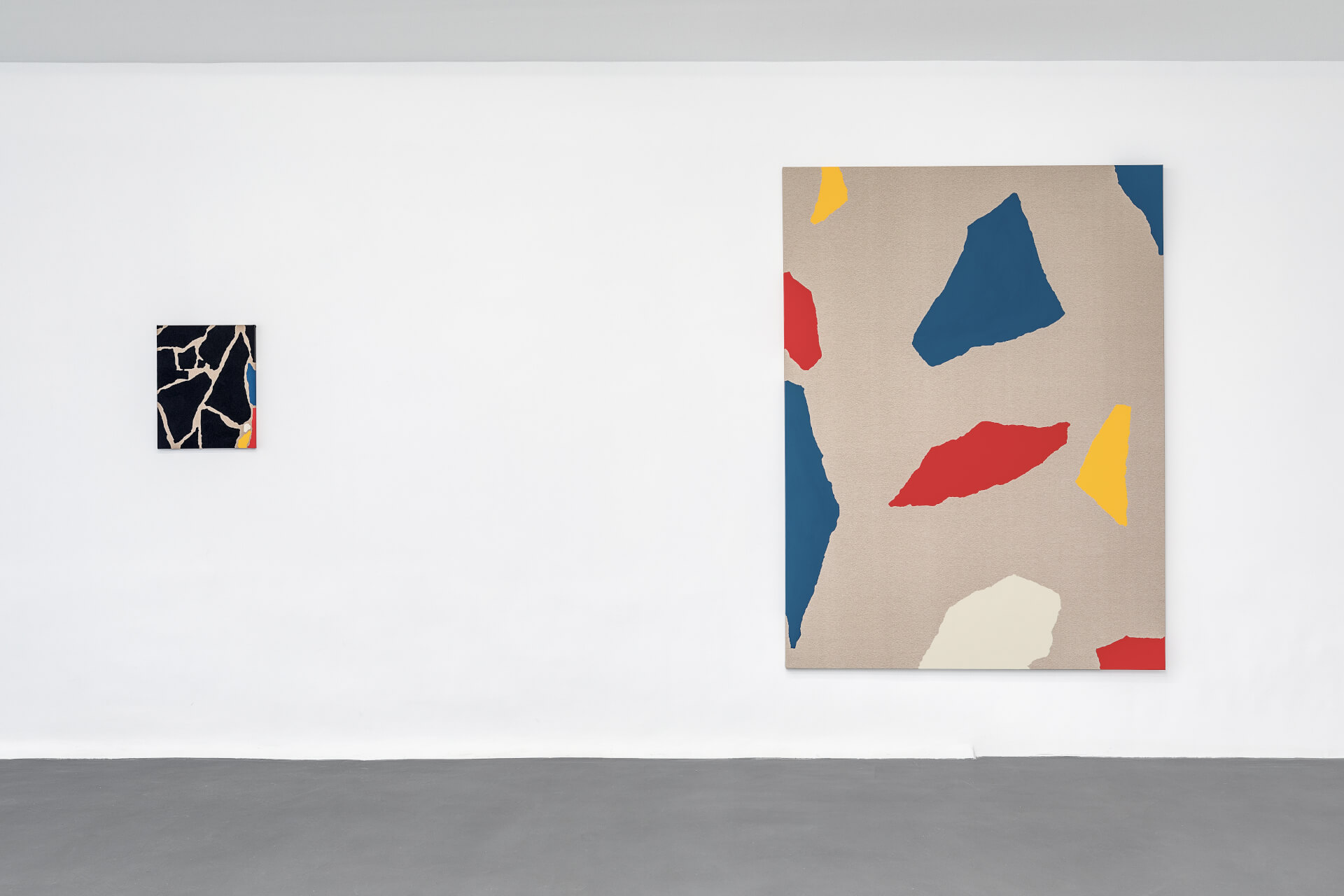 PRISME is pleased to invite The Dot Project to present Mindlessness, an exhibition of new works by Portuguese artist Pedro Matos.

Mindlessness, as a state of not being present – unaware, unconscious and restless, best reflects the present climate of our culture. In opposition to the notion of Mindfulness, that rooted in Zen Buddhist traditions is recently wide-spreading and infusing into social media world with the alarming ‘dilution’ of its meaning; Matos finds his practice informed by the mindless gestures.

The works on show are a continuation of artist’s Subliminal Gesture series, first executed in 2016, that references patterns found in cheap outdoor flooring common to the suburbs of Portuguese towns and cities. The use of disregarded and broken pieces of stone as an affordable and productive way of creating pavement is common practice in Southern European countries. From the well known “Calçada Portuguesa” or Italian “Terrazo”, to the more economical fragmented marble and concrete floor fillings. In their construction, workers employ an approach similar to that of an artist: composition, form, colour and  scale are elements that are all applied. However they occur in an unconscious manner.

The exhibition features five – acrylic enamel on raw cotton – canvases in both generous and intimate scale. It is a reflection of Matos’ ongoing research into the seemingly random, decayed, disregarded and ephemeral – the ideas he finds present in urban landscape as well as nature itself; from marks involuntary created by human activity to those produced by way of natural phenomena. In the form of meticulous pieces, the artist explores the intricate complexity of abstract textures and detailed fragments situated in the gulf between abstraction and representation.

The abstract quality of random, decay and unconscious mark-making, transposed by the artist to the sphere of aesthetic contemplation, indicates their sublimation and acceptance.

By depuration of these frontier elements from formal and conceptual ambiguity present in the reality of the objects the artists highlights, Matos seeks to focus our gaze on what is frequently – in its original context – ignored, stressing the singular and ephemeral beauty contained in itself. Mindlessness is therefore an indignation into the nature of elements and objects that are not quite complete,  into the intangible issues they contain and into their quality as conduits for ideas / aggregators of content – the contemplation of a poetic significance that transcends their physical appearance.
RSVP