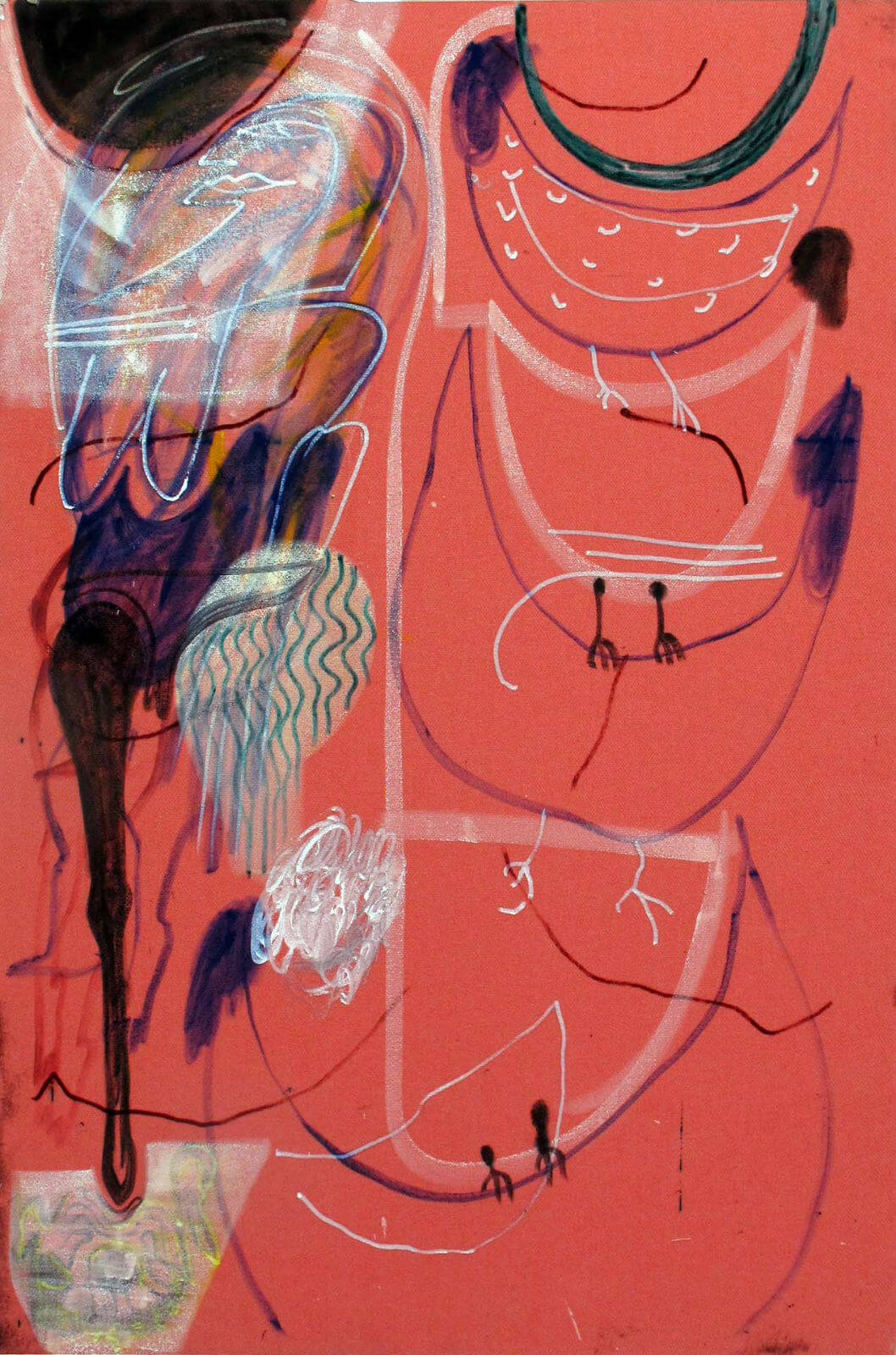 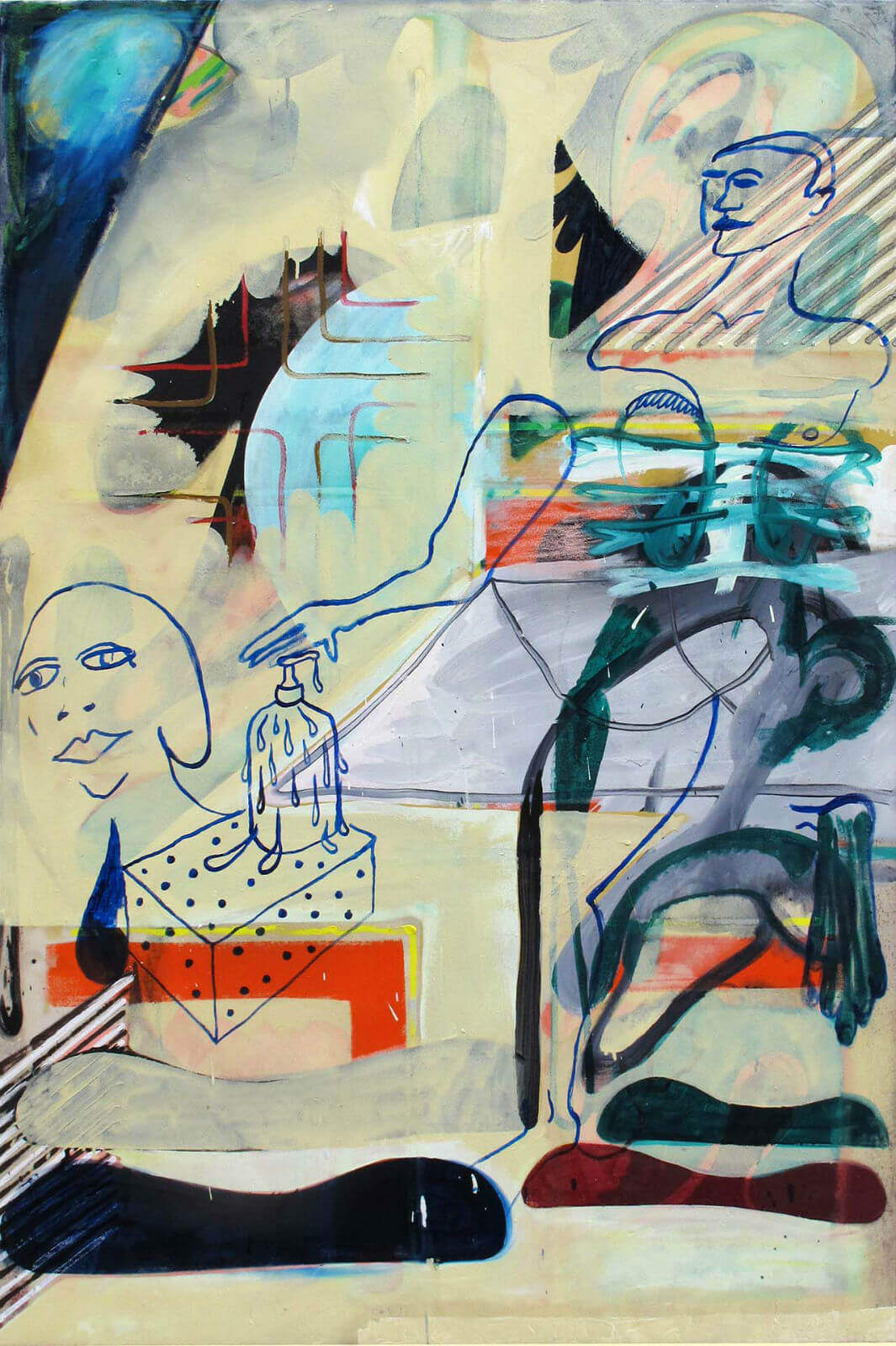 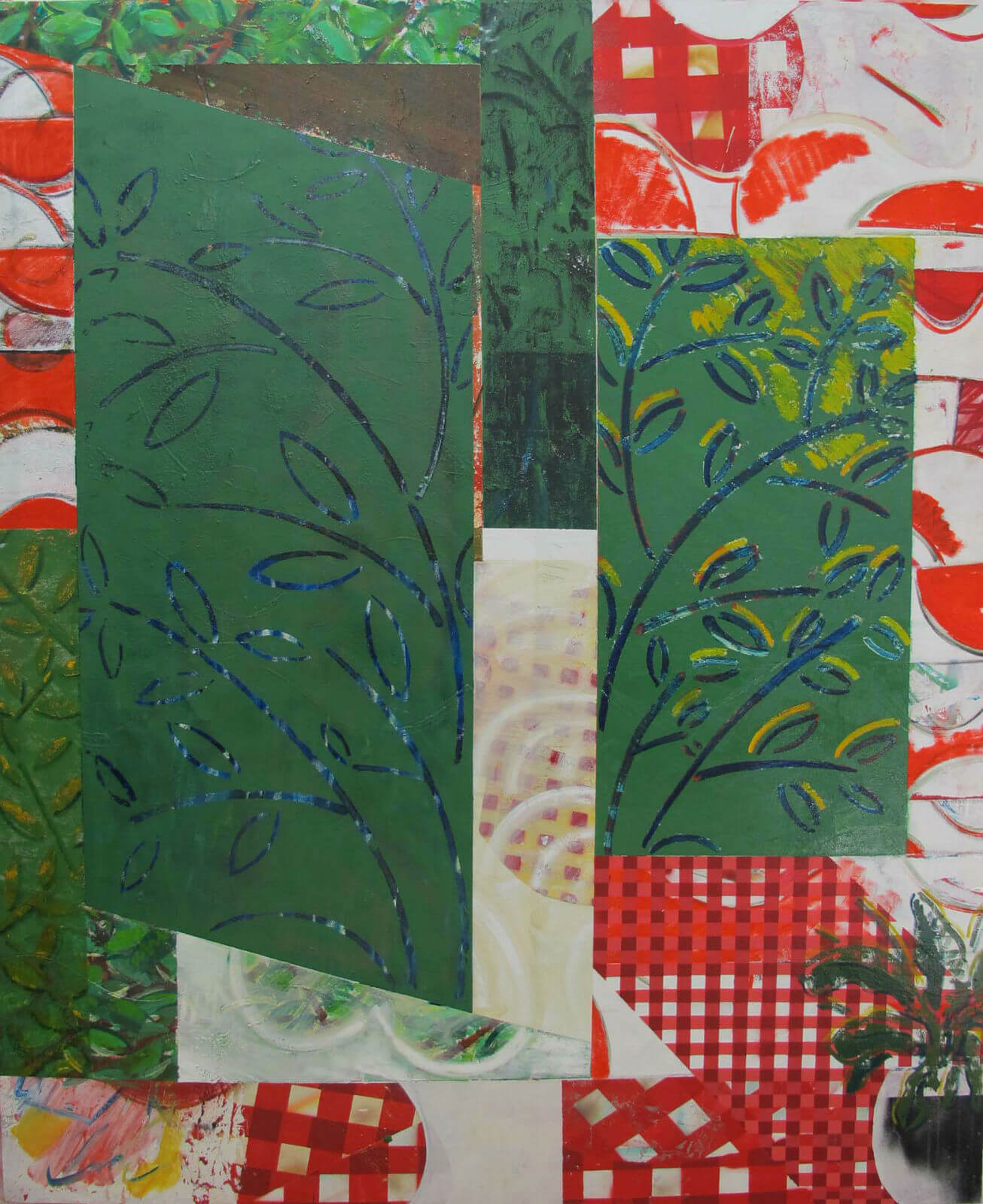 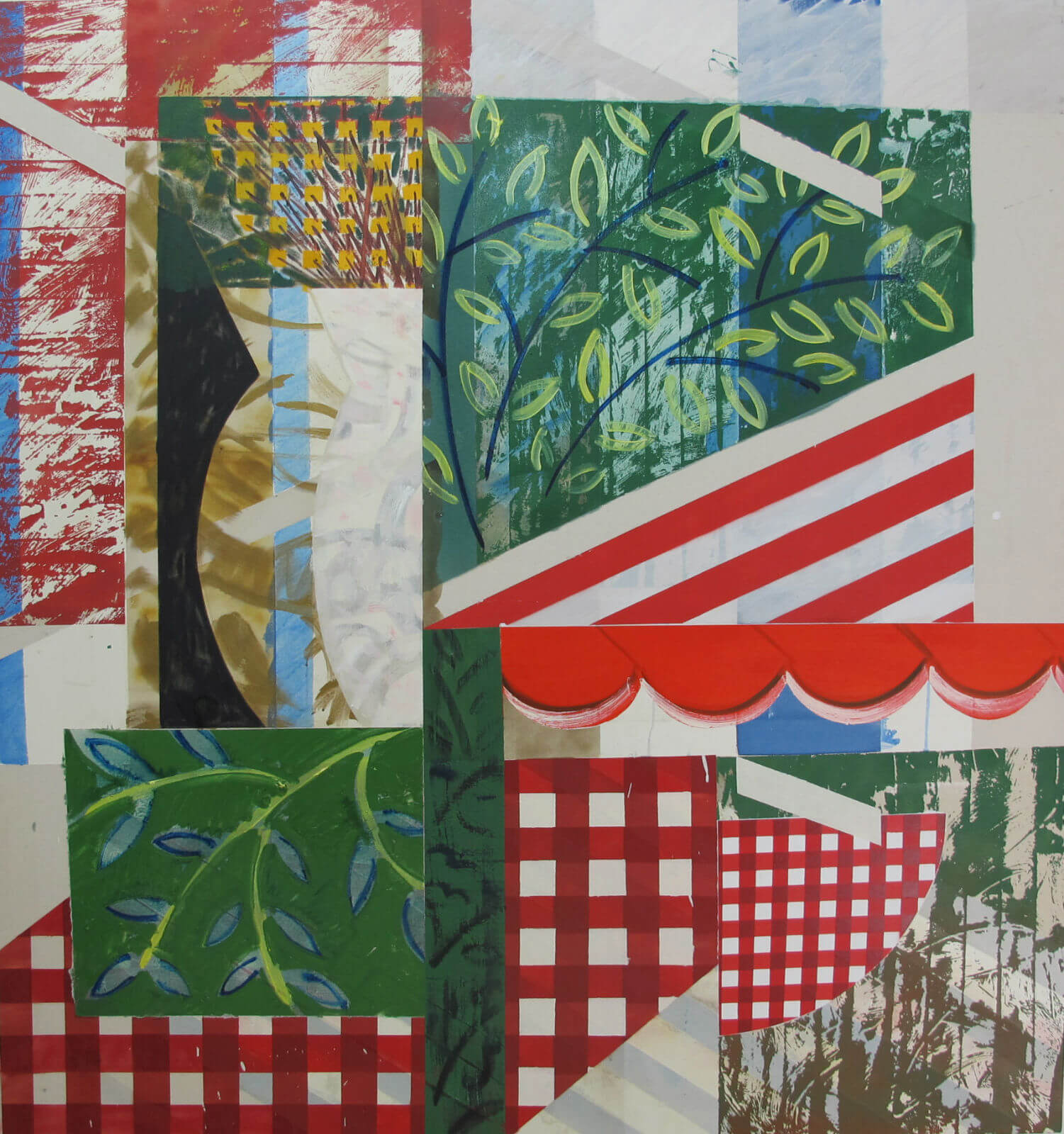 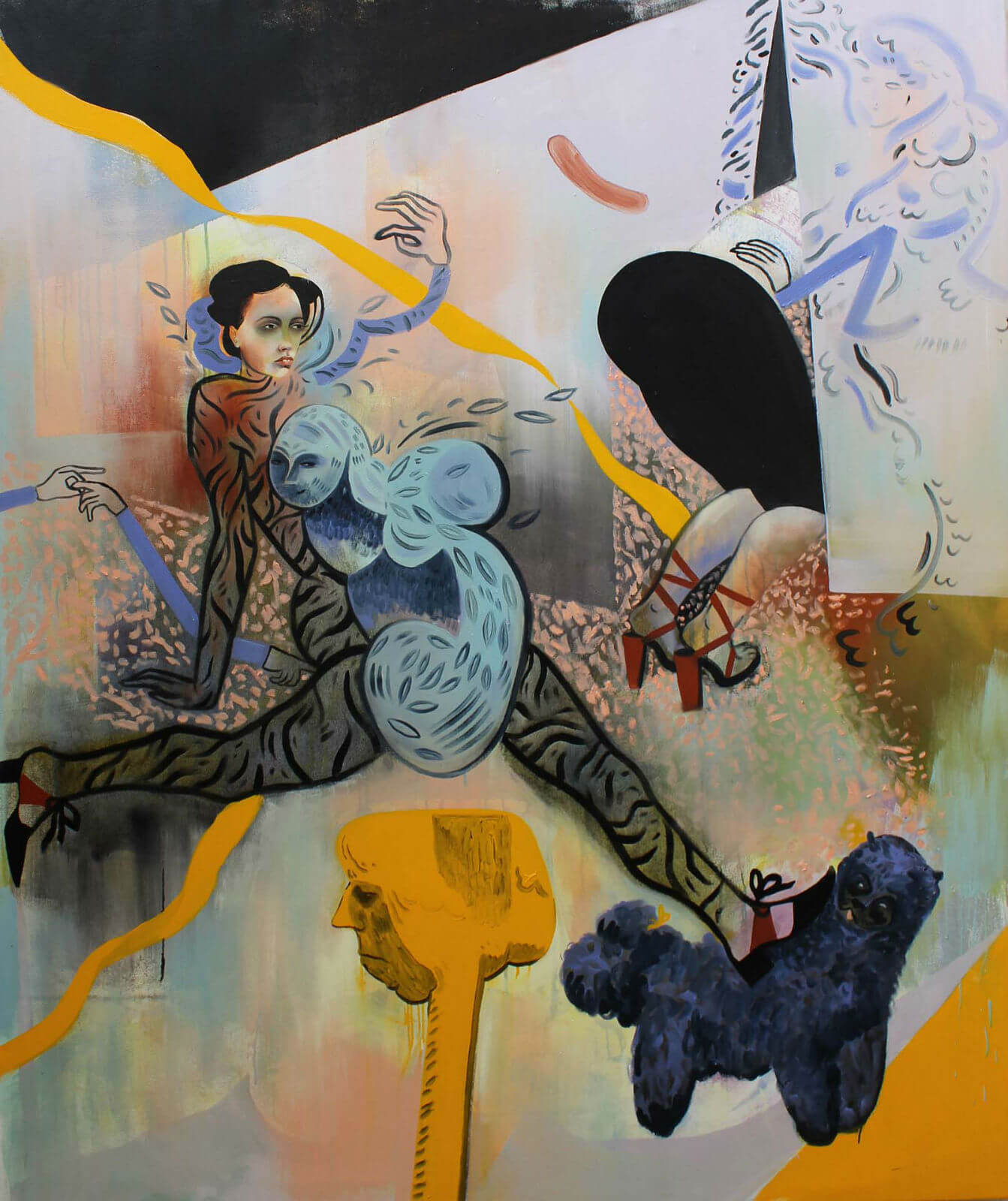 Painting Made Me Do It

The Dot Project is pleased to present ‘Painting Made Me Do It’,
a dynamic group show of artists curated by Kwaku Boateng and Amy Purssey,
featuring the practice of Hannah Bays (b.1982),
Asger Harbou Gjerdevik (b. 1986), George Little (b.1988)
and Jessie Makinson (b.1985).

The exhibition focuses on the physical act of painting with ideas
drawn from the documentary ‘A life lived’ by Michael Blackwood,
about the artist Phillip Guston. The film emphasizes the importance
of painting as a medium that can document the most significant
cultural and political moments of our time. ‘Painting Made Me Do It’
is a celebration of work, both abstract and figurative, that reflects
the actions and truth of the world today and our daily lives.
The paintings are suggestive of a figure or space and they invite
the viewer to explore the unique environments employed during
their creative process. Reconstruction and spontaneity serve
as the common denominator in a show that is centred on human interaction.

Hannah Bays examines human drives and the construction of
meaning in our lives, focusing on desire – both as motivational
force and something also open to manipulation. Bays’ practice
investigates the transformative effects of colour with a keen
interest in its cultural and political associations. Colour is
used to seduce and enliven in equal measure. Bays’ work has a
Pop lineage yet is insistent also on spontaneous painterly gesture,
or ‘affirmation’. There is a push and pull between the abstract
and figurative, the symbolic and the purely formal. Bays graduated
from the Royal Academy Schools in 2015, was awarded a Jerwood
Purchase Prize in 2014 and the Agnes Ethel Mackay travel award in 2015.

Asger Harbou Gjerdevik’s work explores the ‘in between’. Nothing is
static; nothing is fixed, like walking in the land of nomads
where the voyage is the important – not the destination. The journey
is a reoccurring theme in his practice, both as a subject
and in the process. For Asger, painting is about freedom
and sampling where elements from all areas can enter his paintings.
The imagery he uses is a personal image-trope – elements reoccur
and get transfigured, change their shape or colour and become
something else. The influences that have contributed to his
style of image making range from Julian Schnabel to Robert
Crumb or from cave paintings to sci-fi films. Asger studied
at Central Saint Martins College of Art and Design and
recently showed at Tom Christoffersen Gallery, Copenhagen
and Slade School of Art Show London, 2015.

George Little uses the metaphorical platform of the restaurant
as a mechanism to investigate his painting. The theme reflects
his personal history of growing up in and around kitchens in
London’s Soho. His paintings are figurative, abstract
and patterned with crowded facades whilst being both decorative
and modernist, with a shadow of Matisse. The works often collage
based in production are suggestive of a scrapbook rather than the
lived in experience. This is furthered by the often smeared surfaces,
as though staining has occurred from under the workbench, either
of the kitchen or the studio. Little graduated from the Royal
College of Art and has held eight solo shows including; Deweer Gallery,
Ana Cristea Gallery, and Bosse & Baum. He has also exhibited
at the New Order 2, Saatchi Gallery London, Bloomberg New Contemporaries,
ICA and Liverpool Biennial. Little’s work will be shown at
Art Brussels April 2016.

Jessie Makinson’s recent works interplay contemporary ideas of
femininity and cultural appropriation. Through references to the
fashion industry she considers the reciprocal relationship between
fashion, art and cultural assimilation. Drawing from pop culture,
film, pattern design, and historical painting, she makes multi-figure
paintings of women. These prop-like women disrupt values and play
with the many contradictions of contemporary feminism through
non-linear narratives. Makinson studied at the Edinburgh
College of Art and Royal Drawing School and has mostly
recently shown in ‘Turps Goes West’ at Edel Assanti
and ‘Concrete Fictions’ at New Art Projects in London.
Jessie is currently participating in the Turps Banana Painting Programme.