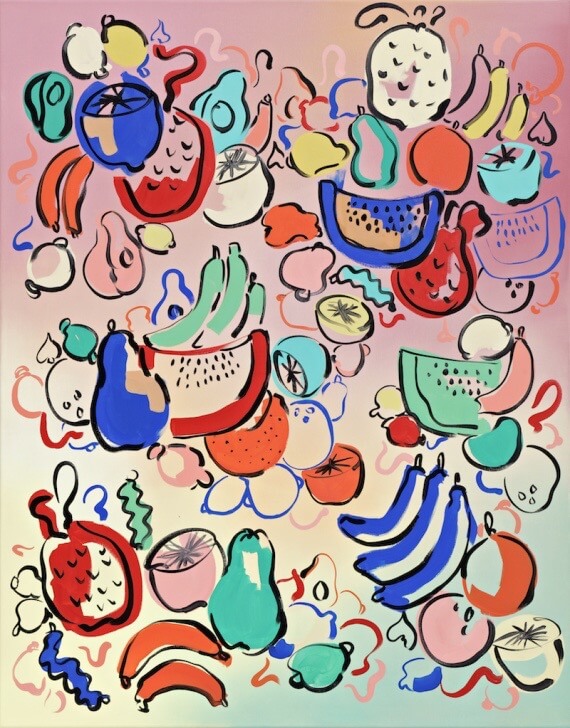 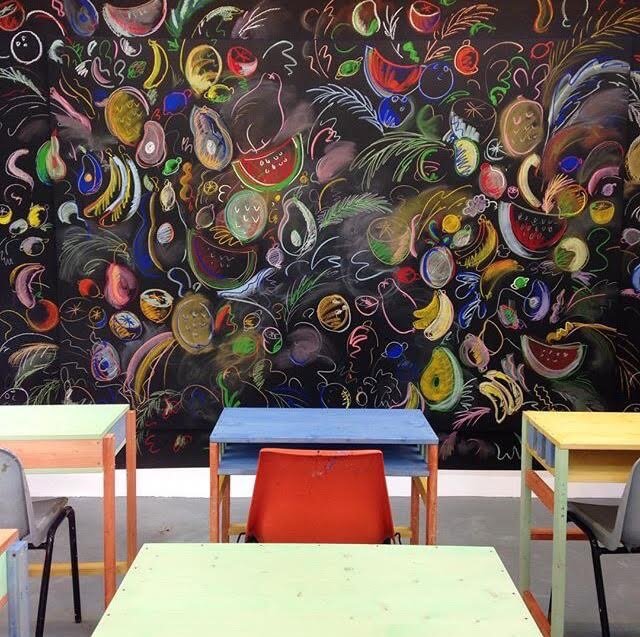 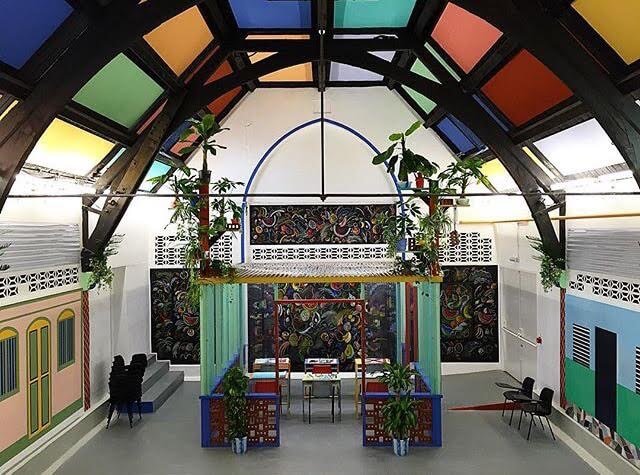 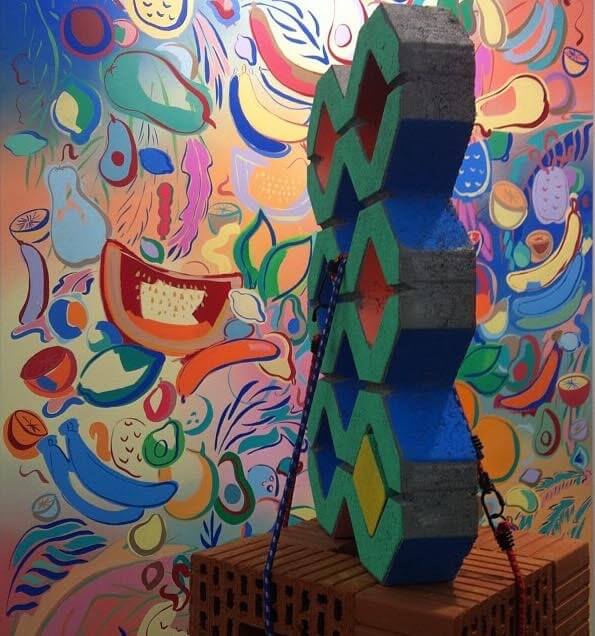 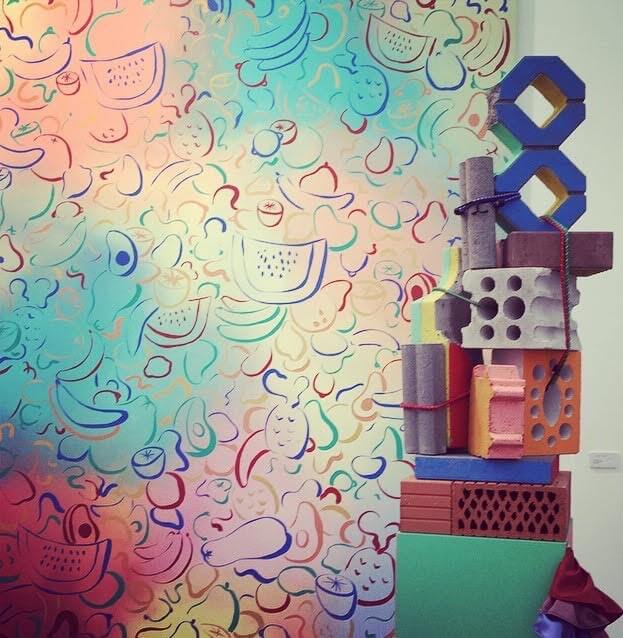 What we know and love about Sol Calero

As bold and bright as a phoenix, Venezuelan born Sol Calero emerges from her hometown of Caracas with a story to tell. Recognising the lack of new talent being represented in South America, she decides to make the most of the opportunity she has been given as a platform to explore the reasons for this, as well as looking at issues of identity as a contributor.
Raising questions about the misrepresentation of Latin American cultures and drawing inspiration from the Brazilian Tropicália movement among other subjects relating to cultural appropriation and stereotype, Sol Calero subtly discusses socio-political themes through multi-disciplinary methods and various mediums which translate to unique works baring Calero’s distinctive aesthetic style.
Joyous paintings full of colourful tropical fruit and equally as playful mixed medium sculptures and structures, echo themes of nationalism inspired by nature, architecture, social activities and spaces such as schools, hairdressers and samba dance classes.
Aesthetically, Calero takes aspects of the popular Brazilian 1940’s Broadway actress, singer, dancer and film star Carmen Miranda’s costume (for which the actress later became recognised) which consisted of bright, colourful and generally extravagant, Latin American inspired clothing particularly her head wrap adorned in a variety of various fake fruit.
But it’s not just the image of Miranda that influenced Calero’s artworks; it is also the criticisms received by the star at the height of her career and what she represented. Following accusations of being too “Americanised” and representing a blurred portrayal of Latinness, by adopting and incorporating aspects of various South American cultures into her character, Miranda lost many fans and respect that supported her back home as a result.
Sol Calero is now based in Kreuzberg, Berlin, and is running a project space ‘Kinderhook & Caracas’ alongside partner Christopher Kline (an American performance and audio artist from Kinderhook, New York). Her current exhibition, ‘La Escuela del Sur’, which translates to ‘The School of the South’, is on at Studio Voltaire and is her largest exhibition to date. As Studio Voltaire’s main gallery space previously served as a mission hall and sunday school, Calero used this as a basis to build the narrative around a primary school. The layout is a large-scale structure based on a Venezuelan national park, Los Roques, a location known to have housed a number of South American and Caribbean indigenous peoples. Calero constructs her hybrid version to speak about the eventual colonialism and European influences brought upon it. Her work creates a dialogue addressing the issue of exoticizing the identity of the other.