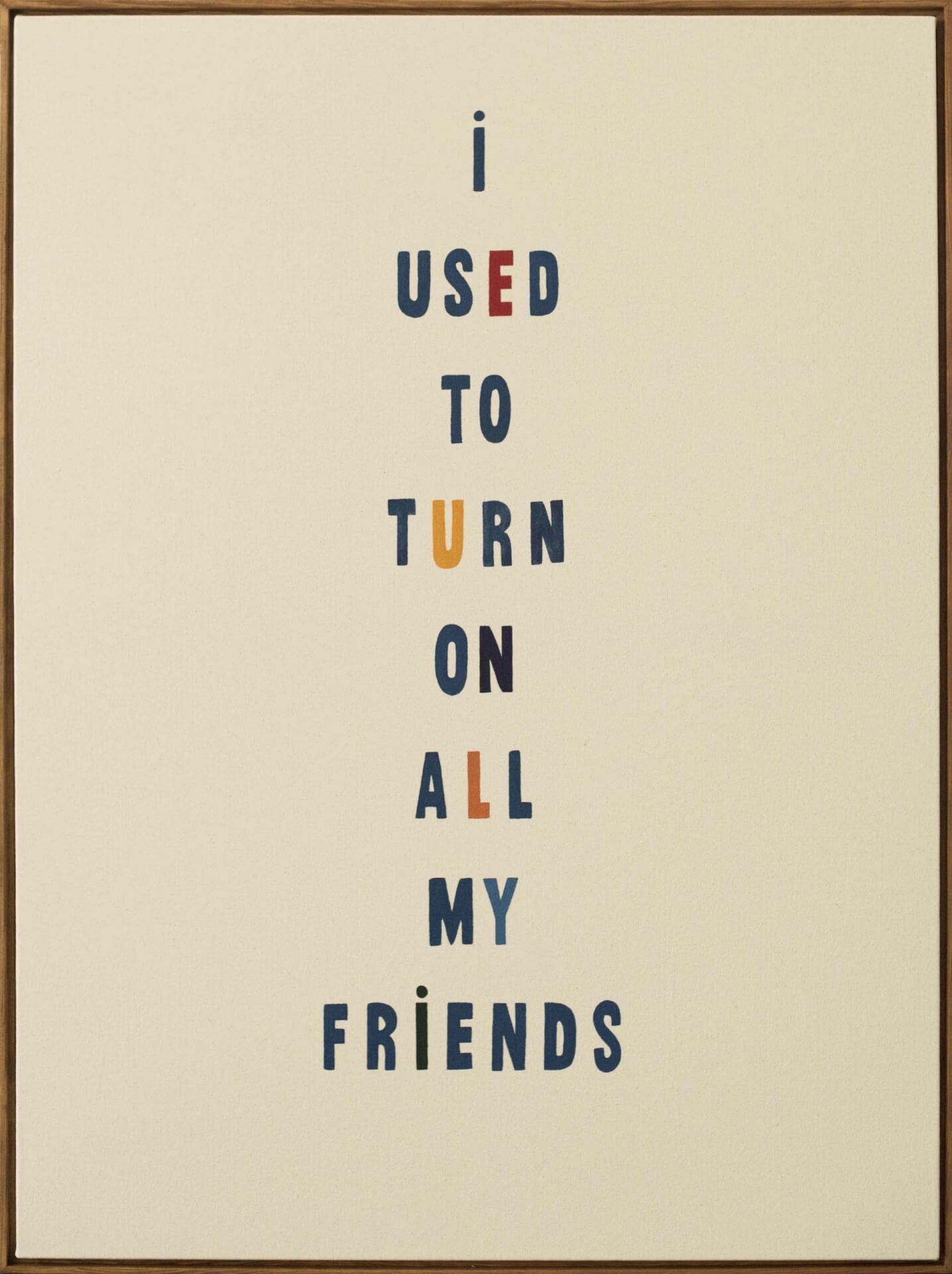 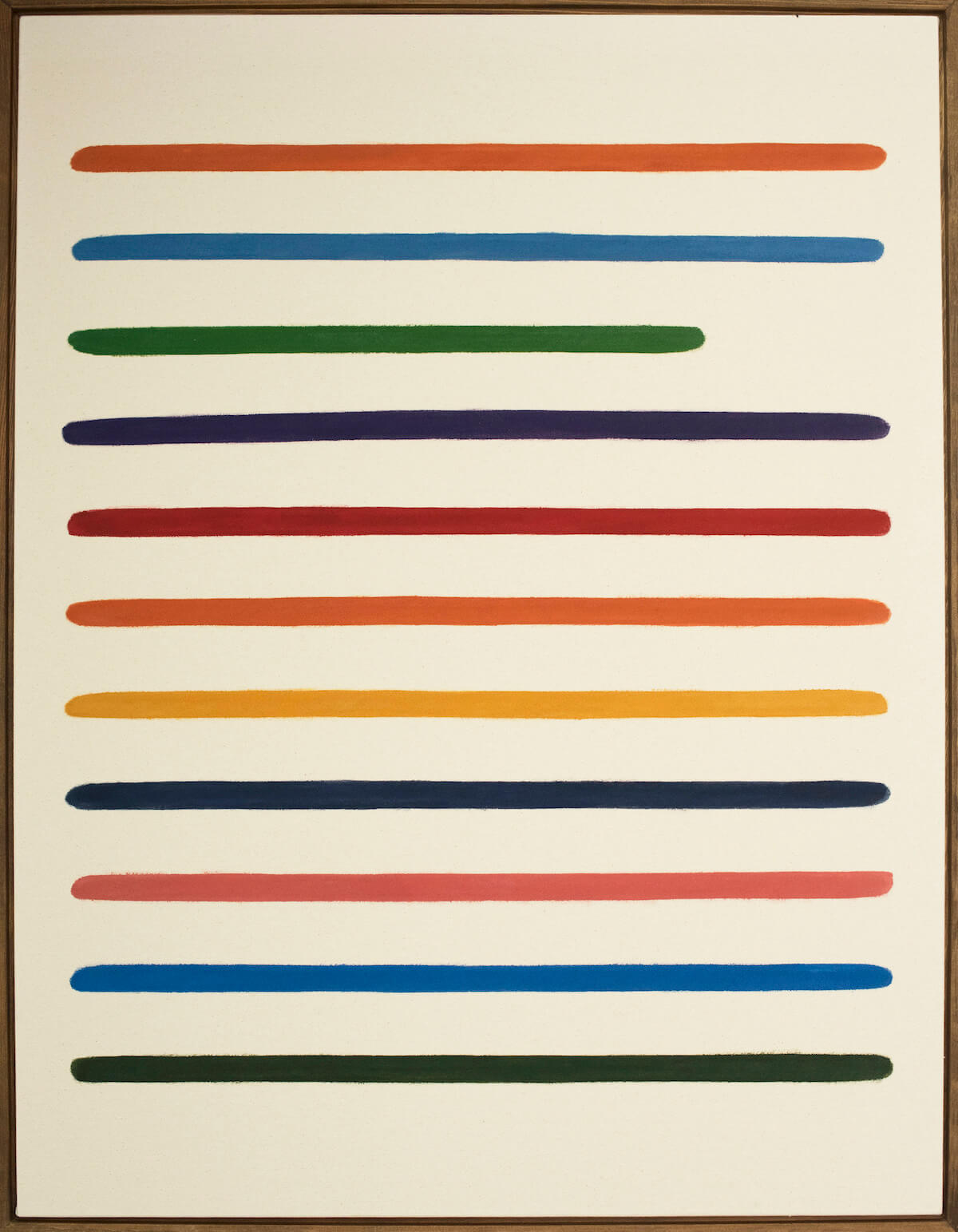 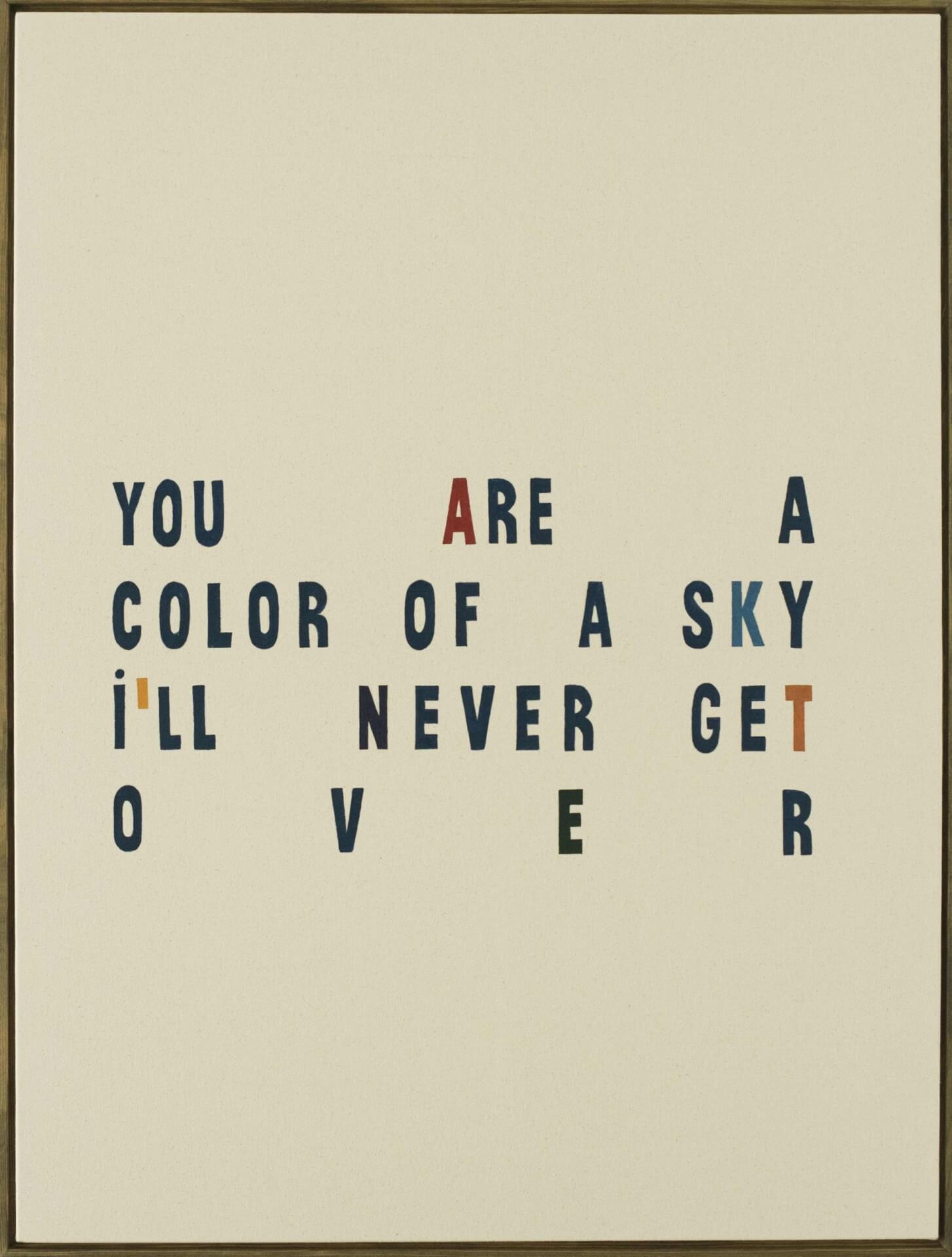 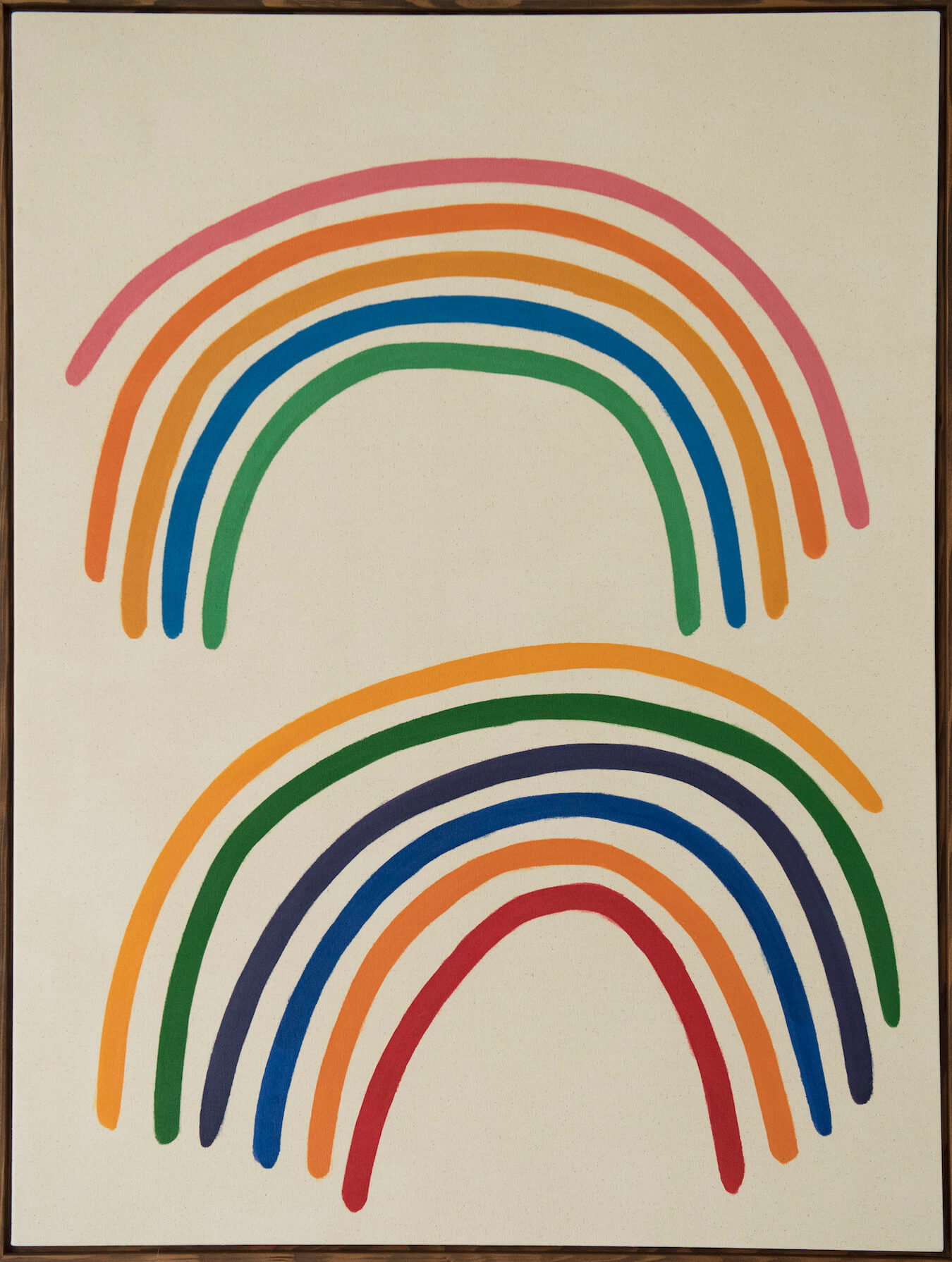 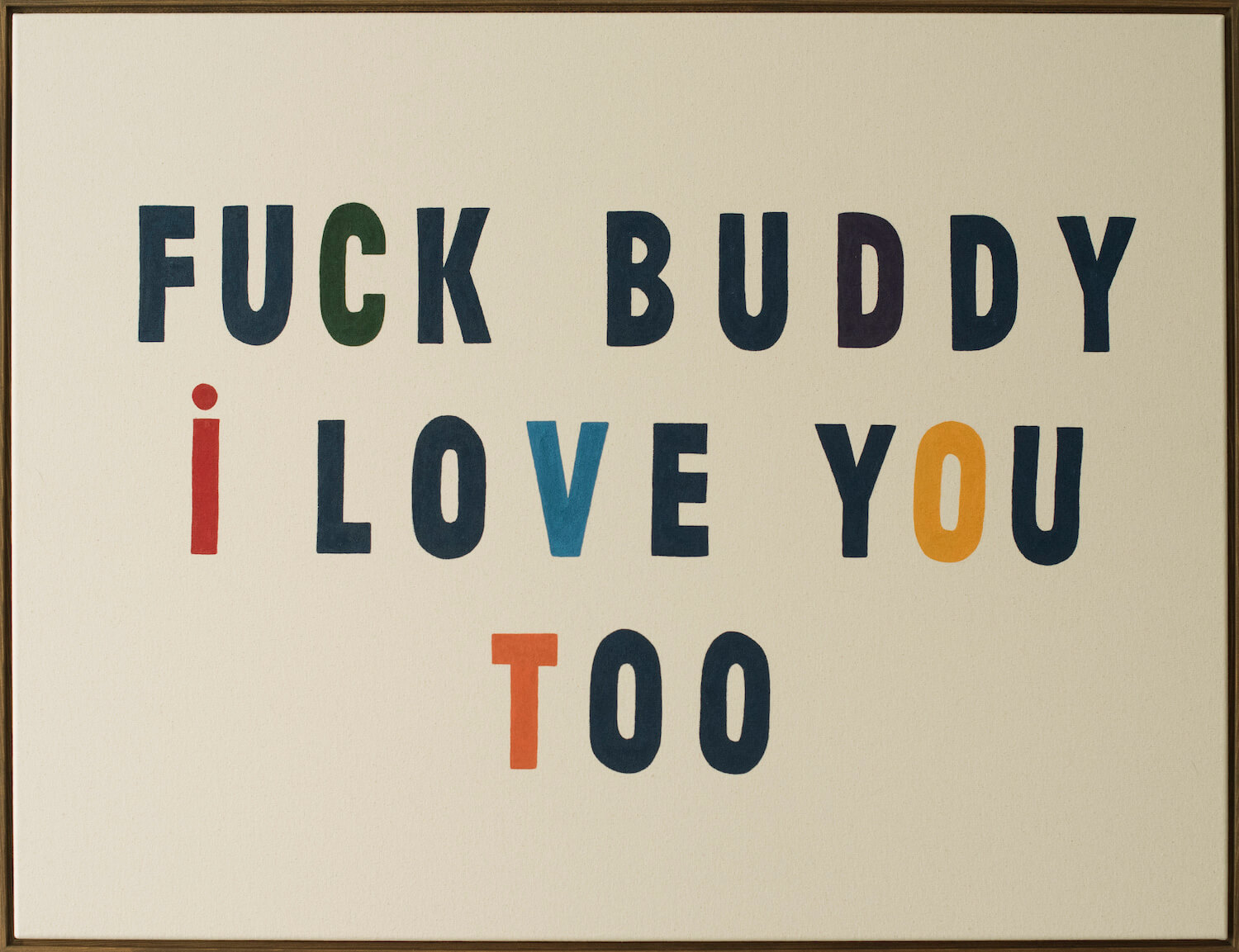 I USED TO TURN ON ALL MY FRIENDS

I USED TO TURN ON ALL MY FRIENDS finds King building upon his new text-based works that draw from songs, poems and short stories he has written over the last decade.

By selecting lines, fragments and strings of words that seem inherently contradictory yet synchronically convey a range of meanings, the artist experiments with the mutability of language as well as its visual capabilities.

The name of the series – blue notes – evokes this duality with its airy and free musical connotation contrasted by its literal confinement of mainly blue words within the frame. The artist stuck to his distinctive palette made up mostly of the primaries. Notes are crafted in meticulously hand-painted blue characters intermixed with spatially whimsical individual primary-coloured letters.

By breaking language apart into its individual components, with a deftness that speaks of intention and control, King creates rhythmic compositions, leaving space for the viewer to arrive at their own interpretation.

King’s intimate, poetic, and subtly ironic lines ruminate on human connection. Metaphors and contradictions appear larger in thematic scale than the literal spaces in which they are presented – a characteristic of all the artist’s work.

Feeling arises from the interplay of words, colours and shapes – it is through the formulation of text that language becomes visible, and the versatility and impact of the written word forces the viewer to reflect.

Having discovered a set of principles and an approach to making art that is both systematic and personal, the artist explores concepts of authoring and recontextualizing language.

Blue notes are created in close dialogue with King’s non-text-based paintings which are also included in the show. These seemingly improvised works are exactingly constructed whilst still maintaining the gestural lightness evidenced in the more meditative, methodical layers of the artist’s colour paintings.